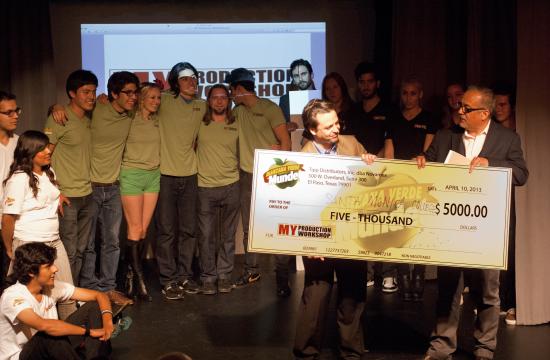 A team of Santa Monica College film production students won first place at a “live pitch session” held earlier this month at the Santa Monica Playhouse in front of a jury of industry executives.

Known as the Society of 6, a team of students study under the guidance of SMC professor Salvador Carrasco.

As a result of the competition, they won $5,000 for SMC’s film program and $2,500 for the students themselves.

Carrasco said it had been an “incredible opportunity” of collaborating with a professional film company, IndieEye Productions, in the filming of Society of 6’s original winning pitch for the new marketing campaign of the soft drink, Sidral Mundet Manzana Verde.