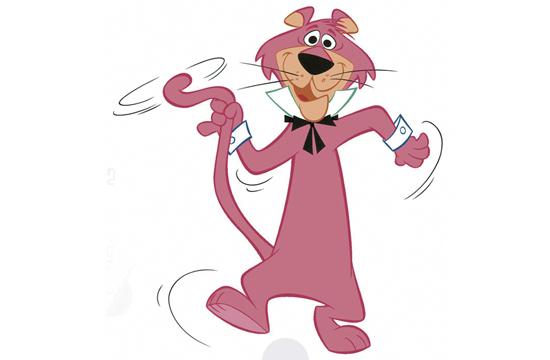 Snagglepuss, the beloved Hanna-Barbera cartoon character, performed for nearly two hours in a free show on the Promenade intended to allay public anxieties over shootings of mountain lions at the Promenade as occurred in May of last year.

Although those gathered understood that Snagglepuss was an exceptional pink anthropomorphic mountain lion who sings and tells jokes wearing a top hat, his message of peace between mountain lions and police was taken seriously  during his emotional closing song, “I Ain’t Lion, It’s No Fun Dyin’” which featured tap dancing that impressed feline biologists in the audience.

And then, in a display of typical Snagglepuss panache, the big pink cat “Exited, Stage Left.”