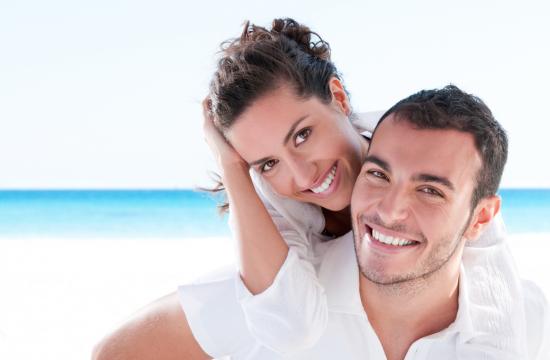 I am sure some of us heard that over 50 percent of marriages end up in divorce. In most cases the effect can be very devastating on the people involved including the children.

The underlying reason that causes a couple to have conflict or even split between them is when the energy of one of the partners changes and creates a gap between them and their partner.

That gap will create a distant between them. At that point each partner is operating at different speed. If one of them started to a have lower energy because of stress, injury, loss, or illness, and the other stayed the same. This will make the person with the dropped energy struggle to keep up with their partner that once they were on the same page with them.

The situation becomes like two cars traveling on the same road at the same speed and they were able to see eye to eye with each other and all of the sudden, one of the car dropped back in speed, this will make both cars driving in two different speeds.

For example, one car is driving at 70 miles and other car started to drive at 50 miles. Neither driver can relate or see eye to eye with the other one. The faster car is too way ahead and the slower car is too far behind. The same thing in a relationship, when a gap of energy is created between the partners, neither partner can see eye to eye in any area of the relationship. They both begin to operate at different speeds and even adopt different interests. The partner who has more energy begins to become more outdoors to match their energy and the other starts to become more indoors and less active to accommodate their energy as well.

This creates big conflicts and seeing things from different perspective as if each partner’s reality becomes different and because of the difference in reality, this causes each partner to have different decisions that will be based on how each sees it from their own reality

In other words, the person with the lower energy is like the slower car who finds the faster car to be impatient, overwhelming and at times even reckless. Obviously both are traveling at two different speeds because one is going at a lower speed and the other is going at a faster speed.

But on the hand the person with the higher energy is like the faster car who finds the slower car to be boring, even lazy or have fear

The person whose energy changes for the higher or the lower, starts to have a change in their personality, have a different way of thinking, even adopt different hobbies or add new friends or eliminate old friends to match their existing energies.

At that point, each person would accuses the other one of being different and changed. When in reality the change in one’s energy caused the change in their personality.

If a couple whose backgrounds is different in one area than their partner, this will create a gap or even conflicts in the relationship until it is recognized and resolved by both partners.

The one person who possesses the higher energy because they were loved will be operating at a higher level of speed because they are more self assured in that area and the other person who did not feel that love and yet still suffers the lack of it, does not possess the energy that love provides. Back to our example, the partner with the lower energy in that area becomes like the slower car who is operating at a slow speed or slower speed than their partner and that makes them feel unsafe and insecure in that area.

Now you got two people who love each other but fight yet like cats and dogs and not knowing how to keep up with each other in that area of indifference.