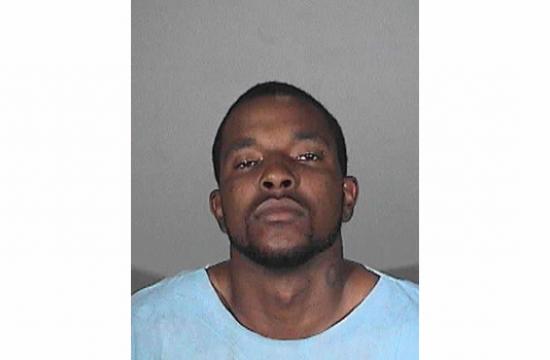 A third suspect was arrested inside a McDonald’s restroom Monday morning in relation to the armed robbery of Tala Jewelry at 1302 Montana Avenue in Santa Monica just before 5 pm Sunday.

Two suspects were located and arrested Sunday within hours of the burglary. The Santa Monica Police Department has identified the initial pair as Darveyon Terrell Davis and Delina Frank Banks, both aged 24 of Reno, NV.

The third suspect, 22-year-old Donya Shannon Conner of Reno, was taken into custody this morning after the SMPD received a 911 call from a resident in the 1900 block of Warwick at approximately 6:25 am.

SMPD Sgt. Richard Lewis said the resident advised that a male African American suspect had just stolen his bicycle from his backyard and was fleeing westbound.

“While conducting an area check, officers located the stolen bicycle in the parking lot of McDonald’s located at 2902 Pico Boulevard,” Lewis said. “While checking the interior of the restaurant, the suspect was found inside the men’s restroom. He was taken into custody without incident.”

Conner has been charged with kidnapping, robbery, “resist, obstruct, delay officers,” and conspiracy to commit a crime. Bail was set at $1 million.

The Santa Monica Police Department responded to Tala Jewelry on Montana Avenue at 4:50 pm Sunday on the report that three armed men with at least one handgun had entered the store in a takeover style robbery using a sledgehammer.

The trio stole an undetermined amount of jewelry after smashing several display cases with a sledgehammer.

Only the owner was present at the time of the robbery and he was not injured, Lewis said.

Within minutes of receiving the radio call, officers located the suspects driving in the area of Centinela and Delaware.

Prior to officers conducting a felony traffic stop, the suspects abandoned the vehicle in the 3300 block of Centinela and fled in different directions on foot.

At approximately 6:30 pm, officers located Davis hiding in a garage in the 2000 block of Centinela. Approximately one hour later, Banks was located and surrendered to officers in the same area.

Investigators recovered evidence taken from Tala Jewelry and a handgun believed to have been used in the crime.