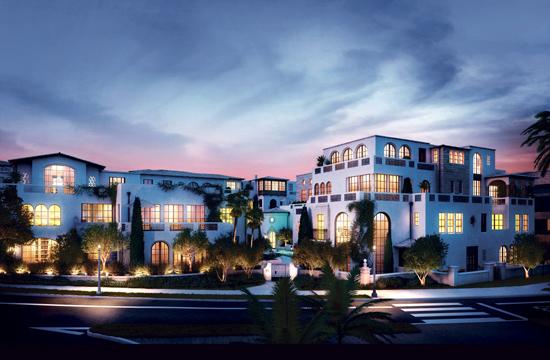 All plans, permits, and project materials have been transferred to Marquis with construction scheduled to begin in 2014.

The villas will be 4,000 to 6,000 square feet per unit, with private elevator access into each residence from individual parking garages below.

Marquis said this would be the first condominium project to be built in the past 20 years on Ocean Avenue.

The project’s site currently contains a 47-unit vacant apartment complex that was built between 1952-1958. Attempts to have the complex designated as a city landmark were denied by the City Council in July 2009.

Santa Monica’s Planning Commission unanimously approved the development in August 2010; the City Council gave its stamp of approval in November 2010.