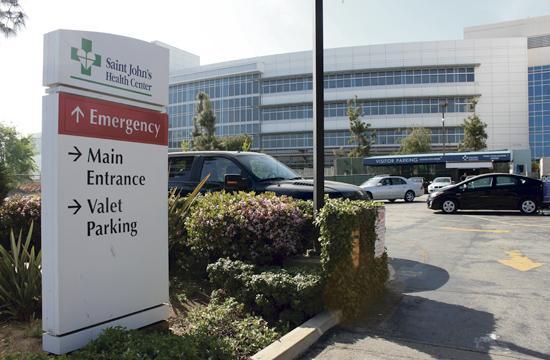 The hospital is currently owned by the SCL (Sisters of Charity of Leavenworth) Health System in Denver, Colorado.

“The Foundation trustees and physicians are strongly endorsing the community bid, led by The Chan Soon-Shiong Institute for Advanced Health,” the Foundation said today. “We believe that a weaker partner who has inadequate financial resources as well as limited experience and clout in the local community would severely restrict the ability of Saint John’s to retain its healthcare leadership in the Santa Monica and West Los Angeles communities. We feel that this community bid for the hospital and related assets will best serve the needs of our patients and healthcare providers now and for the foreseeable future.”

Despite repeated requests to participate in an open and transparent dialog, the Saint John’s Health Center Foundation trustees and doctors claim they have been denied active and meaningful participation in the evaluation of the respective bids, including the unsolicited bid by The Chan Soon-Shiong Institute for Advanced Health.

“The Foundation and doctors’ experience, knowledge and active involvement in the community would have lent invaluable insight in selecting a new partner, or partners, who would be culturally compatible, bringing with them unprecedented financial resources and the community ties needed to solidify the strong foundation already established,” the Foundation’s statement said.

Under the proposed community bid, Saint John’s would retain its Catholic identity and sponsorship under the umbrella of the Archdiocese of Los Angeles.

It is not known what the bid amount is.