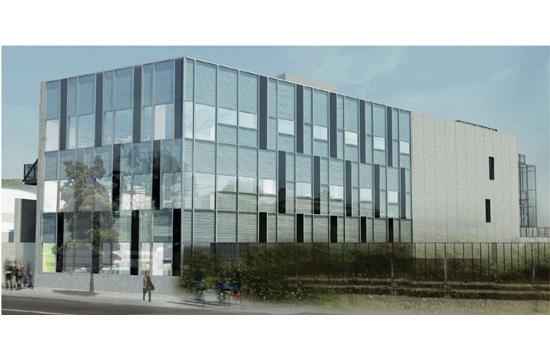 Crossroads School may soon be adding new classrooms as part of a proposed science learning center, but Planning Commissioners hoped the Development Agreement (DA) that would make the upgraded high school a reality would be part of an evolving standard requiring certain environmental concessions from developers who want to build in Santa Monica.

Commissioners voted unanimously May 1 to recommend a science learning center at Crossroads, a project that, according to City staff, would be three stories high and feature 12 classrooms inside.

However, more important than the recommendation was what was behind the recommendation: Commissioners hoped developers would erect structures that were LEED Platinum certified. Oftentimes developments are commended for earning LEED Silver or Gold status.

Commissioner Richard McKinnon said the project earning a LEED Platinum certification was highly desirable. However, his request was met with some resistance when it was pointed out the developer hoped to focus more on creating optimal classrooms instead of dedicating resources to placing solar panels on the roof (as opposed to placing them on the side of the building as currently proposed).

McKinnon also asked the Crossroads team about how the new project could help minimize traffic impacts.

Members of the Crossroads team said they anticipate the arrival of the Expo Line, which will have one stop reasonably close to the middle/high school campus and another stop pretty close to the elementary school, would help in limiting traffic in and around the school’s two campuses.

Crossroads also hopes to meet an AVR goal of 1.6 persons per vehicle. McKinnon pressed the Crossroads team as to why the commission should not push that number to be higher. A big issue for Crossroads is the wide geographic reach of the school’s students and faculty, many of whom come from beyond Santa Monica’s borders.

“It seems you are operating off an old model, which is everyone gets the right to drive from distances to Santa Monica,” McKinnon said, adding he hoped the school would agree to a set of standards instead of attempting to make best efforts to address traffic and energy efficiency.

As part of the TDM plan, Crossroads officials pointed out high school students have to pay a fee – estimated between $400 and $500 annually – to park on campus.

Commissioner Jason Parry asked the Crossroads team whether the new building would explicitly “teach science” to the community at large instead of limiting the learning to just students inside the new development.

Parry also asked how many bicycle racks are available at Crossroads; school officials said there were about 50 spaces for bicycles but more could be added.

McKinnon campaigned for requiring schools to provide enough bicycle racks for 15 percent of its student population. Such a requirement would require Crossroads to provide 200 bicycle racks.

There were only two community benefits negotiated as part of the new science center at Crossroads: an enhanced Transportation Demand Management (TDM) plan; and, the school must “provide an undeveloped area 10 feet in width along the southern property line … for the future development and public use of the Michigan Avenue Greenway bike path.”

The new building would be located at 1731 20th Street.