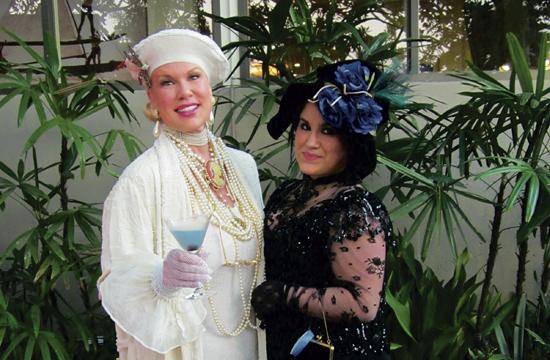 This fundraising soiree honored the cast of the very successful television series “Downton Abbey” with the evening’s proceeds earmarked for Big Brothers Big Sisters which pairs adult volunteers with children ranging from ages six to 18.

This glittering event was held as part of Santa Monica’s BritWeek, which offered everything British, including dance and musical festivities that took place on the Third Street Promenade and Santa Monica Place.

Perhaps the biggest treat was the performance of the “The Beatles’ Abbey Road Complete—And More” performed by legendary musicians from the 60s, including host Peter Asher who played a selection of Peter & Gordon hits, Denny Laine, co-founder of the “Moody Blues” and “Wings,” and Terry Sylvester of the “Hollies.”

From gardening tips, to cooking, to genealogy, let’s give our beautiful city by the sea a big “Hip, Hip, Hooray” for hosting this most fun celebration of British culture.

And now, it’s off to Ye Olde King’s Head for fish and chips.