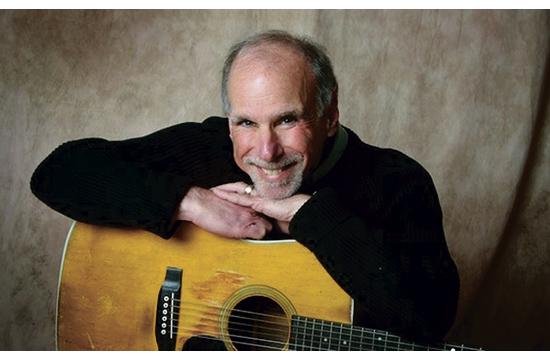 World-renowned cellist Lynn Harrell and his wife, violinist Helen Nightengale, have assembled an unprecedented group of celebrated music stars to record on their latest album titled “We’ll Paint You a Rainbow.”

Among them is Rabbi Neil Comess-Daniels, who has been the rabbi at Temple Beth Shir Shalom in Santa Monica since 1991 (where Harrell and Nightengale are two of his congregants). Other musicians include Paul Simon, Joan Baez, Ladysmith Black Mambazo, Jessye Norman, Christine Brewer, John Williams, the Blind Boys of Alabama, and Harrell.

Serving as Artist Ambassadors for the international nonprofit Save the Children’s HEART program, Harrell and Nightengale were determined to do something that would give hope and the promise of a future to at-risk children everywhere.

“The beautiful collection of classics and new songs that are on ‘We’ll Paint You a Rainbow’ were recorded by some of the most revered names in classical and contemporary music,” said Harrell. “All of these great artists donated their time and talent, in order to help transform the lives of at-risk children through music. And we are so grateful to them and their ability to inspire all of us to make change.”

Produced by the HEARTbeats Foundation and Nightengale Records, “We’ll Paint You a Rainbow’s” 13 tracks offer songs about children and peace.

Rabbi Neil took the time to speak to The Mirror about the organization and his contribution to the CD.

What is the mission of HEARTbeats Foundation?

HEARTbeats brings music to children who are experiencing poverty and/or the effects of national or international conflict. Why music? Music is a most incredible, evocative universal language that can create hope where there is none, power for the powerless, courage for the fearful and possibilities for those who have never seen any. If this is true for any person in any of these situations, how much the more so is it true for children?!

How were your two songs chosen for “We’ll Paint You a Rainbow” and were they written specifically for the CD?

“Children of War” was specifically written for “We’ll Paint You a Rainbow” and the title of the CD comes from the lyrics of the song. The song was inspired by a photograph shown to me by Helen Nightengale. The photo was of two children, a boy about five years old and a girl about three, holding hands and looking down the road at a tank coming their way. The vision of those children – and realizing that there are so many more – spawned “Children of War.” The other song, “Goodnight,” was chosen by Helen Nightengale for the album. It comes from my CD for children, “On This Day and All the Time.” Cory Sipper did an amazing job of singing it with gentleness and comfort, which is exactly one of the moments we wanted on the album. I feel so honored to have these two songs on the “We’ll Paint You a Rainbow” CD.

We know that you have performed at Beth Shir Shalom with Lynn and Helen both of whom bring wonderful music to your high holy observances. What role do you think music plays in your services?

How did it feel to be recording tracks on an album that includes performances by such musical greats as Joan Baez, Paul Simon, John Williams, and Lady Black Mambazo?

When I first found out, I was stunned. I still am. These are people whose musicianship I so greatly admire and who, particularly Paul Simon and Joan Baez, have always been inspirations for my songs. Even though we have never met, I am completely humbled to be in their “presence” on this meaningful project.

Who will benefit from the funds raised by sales of “We’ll Paint You a Rainbow,” and how can our readers purchase it?

The net proceeds from “We’ll Paint You a Rainbow” will benefit both Save the Children’s HEART campaign and HEARTbeats Foundation, which will also be selling a physical CD for $15 plus shipping and handling through its website, www.heartbeatsforchildren.org. The CD is accompanied by a 20-page full color informational booklet that includes photos and lyrics. “We’ll Paint You a Rainbow” is also available on iTunes, Amazon, and many other digital distributors.