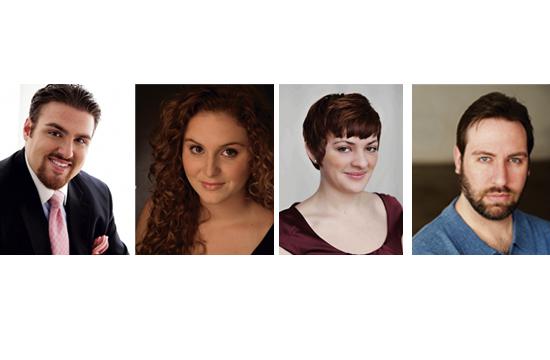 The final concert of New West Symphony’s 2012/2013 Masterpiece Series season will be held this Sunday, May 12 in Santa Monica.

The all-Beethoven concert, led by music director Marcelo Lehninger, will include Leonore Overture No. 3 in C Major, Opus 72a and the Symphony No. 9 in D Minor, Opus 125, “Choral.”

Winners of the iCadenza/New West Symphony Young Artists Vocal Competition will be the soloists for the Ninth Symphony. They include soprano Emily Dyer, mezzo-soprano Grace Newberry, tenor Casey Candebat and bass-baritone Steve Pence.

The New West Symphony Chorus and the Los Robles Master Chorale, directed by Lesley Leighton, will provide the choral forces for the Symphony.

The first performance will take place on Friday, May 10 at 8 pm at the Oxnard Performing Arts Center, located at 800 Hobson Way in Oxnard.

The program will be repeated on Saturday, May 11 at 8 pm at the Bank of America Performing Arts Center at the Thousand Oaks Civic Arts Plaza, located at 2100 Thousand Oaks Boulevard in Thousand Oaks.

The season will come to an end on Sunday, May 12 at 4 pm at Santa Monica’s Barnum Hall, located at 601 Pico Boulevard in Santa Monica.

A lively and informative, pre-concert discussion called “Hear & Now Live” about the music on the program begins at 7 pm on Friday and Saturday evenings and 3 pm on Sunday afternoon.

The programs are free and open to ticket holders for the respective performances.

iCadenza, a career-development and consulting company, and the New West Symphony established the Young Artists Vocal Competition as an online competition with the goal of selecting the soloists for the performances of the Beethoven Ninth Symphony and encouraging the careers of aspiring young artists.

Soprano Emily Dyer was named a Grand Prize Finalist for the 2010 Los Angeles Music Center Spotlight Awards and has received a Gold Medal for the Rotary Young Singer of the Year Competition. She was recently the soprano soloist for the Beethoven Ninth with the California Symphony at Walt Disney Concert Hall.

Mezzo-soprano Grace Newberry, a native of Thousand Oaks, California, is a graduate of the Oberlin Conservatory of Music and now studies with Sheri Greenawald in San Francisco. She has recently sung at the International Lyric Academy in Rome and this summer will be a studio artist with the Wolf Trap Opera Company.

Tenor Casey Candebat, a native of New Orleans, LA, has appeared with the New Orleans Opera, the Chautauqua Opera and Opera North. He recently joined the roster of the Merola Opera Program, the training arm of the San Francisco Opera. Candebat has won the Grand Prize in the Bel Canto Foundation Voice Competition, the Raimondi Prize with the Casa Italia Foundation, and the Chautauqua Opera Guild’s Encouragement Award.

Bass-baritone Steve Pence is a frequent soloist with the Los Angeles Master Chorale, having recently appeared with the Chorale in Bach’s St. John and St. Matthew Passions, Handel’s Messiah, and Haydn’s Lord Nelson Mass. He has also performed solos in Bach’s b-minor Mass with the L.A. Bach Festival, in Elijah with the Lark Society, and in Brahms’ Requiem with the Orange County Choral Society. He has appeared as a soloist with Cypress Masterworks in Verdi’s Requiem, Britten’s War Requiem, and Handel’s Messiah.

Tickets are also available at www.newwestsymphony.org, 24/7, and at each individual box office before the concerts if tickets remain.