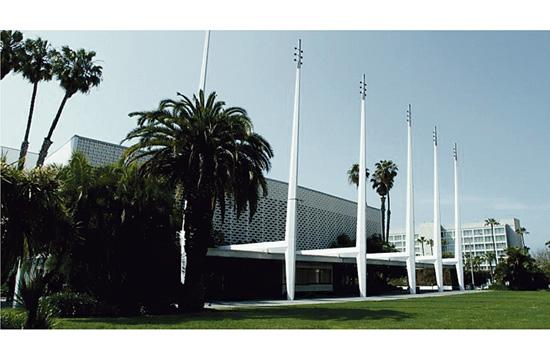 Reviewing a $1 billion budget is not easy. Yet such was the task at hand for the Santa Monica City Council, which spent 12 hours between Tuesday and Wednesday poring over budget proposals from every department at City Hall.

By the end of the two-day study session, both the council and City staff were faced with the prospects of a tough reality: Santa Monica could be operating in the red by the time the next Biennial Budget is up for review, thanks to healthcare and pension costs.

A few things may change between now and May 2015, when the next Biennial Budget is scheduled for review.

However, the current council hopes to make a decision in the next few weeks on how to provide some cover from the impending dark cloud on the horizon.

The proposed budget, which is worth $1.048 billion for the next two fiscal years, attempts to strike an interesting balance of managing the loss of revenues against increased expenses without adversely impacting services offered to residents between now and the summer of 2015.

Accordingly, Santa Monica now has $20 million less to work with, according to City Hall.

The loss of redevelopment funds not only negatively impacted a handful of ambitious capital improvement projects Ð such as renovation of the Santa Monica Civic Auditorium, which just went dark after the Santa Monica Symphony performed its final show last weekend Ð but also made it rather difficult for City Hall to fund affordable housing programs.

Complicating the budget even more: Obamacare.

City Hall estimates it will have to dole out $1 million in taxes as payment to the federal government in light of the Patient Care and Affordable Act (colloquially known as “Obamacare”), which is expected to be fully operational as the law of the land by Jan. 1, 2014, or seven months from now.

With such a grim outlook of what might be come 2015, Council members brainstormed what they could do now to help bring some new revenue in while slashing unnecessary spending elsewhere. Along the way, the council and City staff discussed how to maintain core services.

For two days, each department made presentations to the council and specifically discussed potentially new revenue streams and where cuts could and would be made.

Salaries and benefits, which make up total compensation, is 72 percent of the General Fund operating budget, City staff pointed out in its report to council members.

City staff presented Council members with three possible scenarios in looking ahead to both the current and future budgets.

Under a worst case scenario, Santa Monica would continue to feel the negative repercussions of losing redevelopment money, which could impact additional revenues coming into City Hall and possibly force more cuts.

In this worst-case scenario, City Hall may be in the red even sooner as expected, perhaps as early as the 2014-15 Fiscal Year. Under the City’s most dire estimates, Santa Monica could be functioning at a deficit of $2.2 million as early as next summer. That deficit could balloon to $13.2 million by the 2017-18 Fiscal Year “depending upon the outcome of disputes between the City and the State regarding former redevelopment assets.”

On the other end the spectrum, City Hall might actually have been frugal in preparing the current budget and Santa Monica may experience “slightly higher revenues than are projected.”

What is likely to happen, City staff estimates, is the assumptions made in the currently proposed budget are correct and Santa Monica will have to deal with rising healthcare and retirement costs while also dealing with the “known impacts from the dissolution of redevelopment.” Specifically, City Hall estimates the potential budget shortfall to be about $3.9 million for the 2015-16 Fiscal Year “due to the increased retirement costs.” The shortfall would increase to $6.4 million for the 2016-17 Fiscal Year and $9.2 million by the 2017-18 Fiscal Year.

In the midst of what might be, council members pored over the numbers with City staff to figure out how some of worst nightmares could be averted.

In an attempt to create additional revenues, the council reviewed hundreds of possible fees potentially resulting in an additional $2 million.

The Biennial Budget will return to the council for an official vote June 25. Until then, members of the public may provide comments on the proposed budget between now and then by sending an email to council@smgov.net.

In the weeks leading up to the June 25 vote, The Mirror will provide additional coverage of the two-day study session and provide insight of what Council members and City staff discussed during 12 hours of public talks.