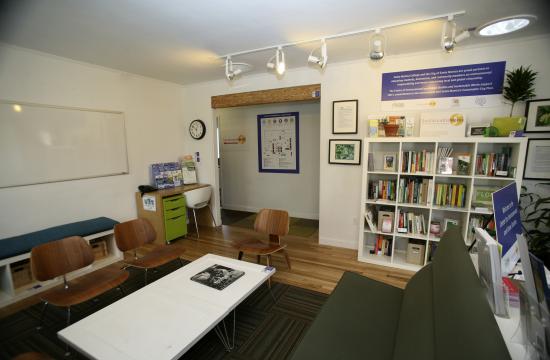 Santa Monica College has been named the winner of the statewide annual Energy and Sustainability Awards competition in the facilities and operations category. SMC is one of three community colleges selected for the awards in three categories that are sponsored by the California Community Colleges Board of Governors.

The Santa Monica College Energy Project was developed and approved by the SMC Board of Trustees in 2012 and included three main projects: replacing nine old and inefficient boilers; replacing 11,000 of the approximately 16,000 light fixtures on the campus and a comprehensive renovation of the SMC Center for Environmental and Urban Studies.

On the main campus, a total of nine boilers were replaced with new, energy efficient boilers.

The light fixtures were replaced with a combination of fluorescent and LED (light emitting diode) lights.

The renovation of the Center for Environmental and Urban Studies featured the installation of a three-stage heating system.

The first stage consolidated all computer equipment into an existing server closet. Waste heat is captured from the computers and pumped through the building.

The energy project also included sealing the envelope of the building by installing new windows, blown-in cellulose insulation, weather stripping, and insulation in the ceiling and crawl space.

“It’s great to see the advances that our colleges are making in sustainability and saving energy, which ultimately saves money,” California Community Colleges Board of Governors President Manuel Baca said. “When I see the winning entries I can’t help but be proud of how our colleges are leading the way in this field. We started these awards to highlight and reward exemplary energy and sustainability efforts on our campuses and to help motivate others. When we take steps and to save energy and create sustainability there are no losers.”

Fifty nominations were received in the three categories, up from 46 entries from last year, the first year the award was given. Representatives from the three winning colleges will be given the awards at the May 7 board of governors meeting in Sacramento.

“It’s wonderful to see Santa Monica College being acknowledged by its peers for its commitment to sustainability,” said Genevieve Bertone, SMC’s director of sustainability. “SMC is a leader in sustainability, but there is always more work to be done. Hopefully, our efforts will serve as a model to other institutions.”

In 2009, SMC was named a winner of Santa Monica’s Sustainable Quality Awards for its progressive environmental practices and programs that range from education to recycling to transportation.

In particular, the college has been cited for its Center for Environmental and Urban Studies; its partnership with the non-profit Sustainable Works, which offers students extra credit by participating in extracurricular environmental workshops and has generated more than 15,000 community service hours for local nonprofits; its leadership in recycling, highlighted by its worm composting project that turns three tons of SMC cafeteria garbage each year into clean and organic fertilizer and pesticide; and its “Any Line, Any Time” program that offers free transportation to all students, faculty and staff on Big Blue Bus lines.

The college also has the largest solar panel installation in the city of Santa Monica and has two “green” job-training programs – one in solar installation, the other in recycling and resource management. SMC is the first college in the nation to offer a degree in recycling.