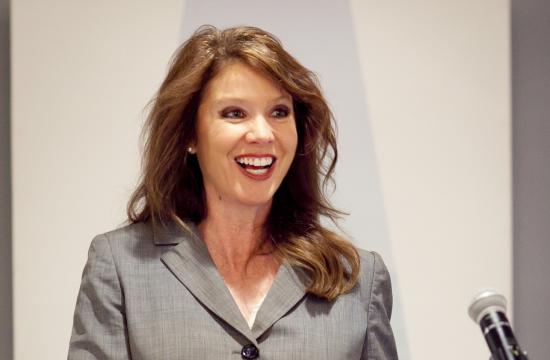 The 4th annual Travel & Tourism Summit was held Thursday at Shutters on the Beach.

“Today we heard valuable insight from travel industry leaders whose sales and marketing plans were built to lengthen the stay of overnight hotel visitors who provide the highest spending levels with minimal impact to a destination. It seems that those strategies are working in Santa Monica,” said SMCVB CEO/President Misti Kerns. “In 2012, 57 percent of our visitors were from outside the U.S.

This is great news for our city as international visitors tend to stay in the destination longer, use public transportation and spend more money while they are here.”

During the summit, the results of the 2012 Santa Monica Tourism Economic Impact Study, conducted on a regular basis since 1983, were presented.  Notable figures showed that 12,200 Santa Monica jobs are supported by tourism, a 7.4% increase from 2011.  Transient Occupancy Tax (TOT) by Santa Monica hotels increased by 12.3%%, generating $39.3 million into the City of Santa Monica’s general fund in 2012 and retail taxes generated by visitor spending increased by 10.6%. These tax revenues fund street improvements, police and fire departments, parks and schools.

SMCVB and the Santa Monica Pier also announced the opening of a brand new Pier Shop and Visitor Center, located in the historic Looff Hippodrome.  This new concept store was designed with both locals and visitors in mind, celebrating the unique history of Santa Monica and the local beach culture.

At the conclusion of the summit, SMCVB in partnership with the Santa Monica Chamber of Commerce honored Elizabeth Wilsonhoyles, Director of Guest Services at Huntley Santa Monica Beach and Mickey Barnes, Server at The Lobster Restaurant, with $1,000 Thelma Parks Tourism Scholarships for their exceptional service in the hospitality and tourism industry.  To learn more about the Thelma Parks Tourism Spirit Awards and submit nominations, visit www.santamonica.com/spiritaward.