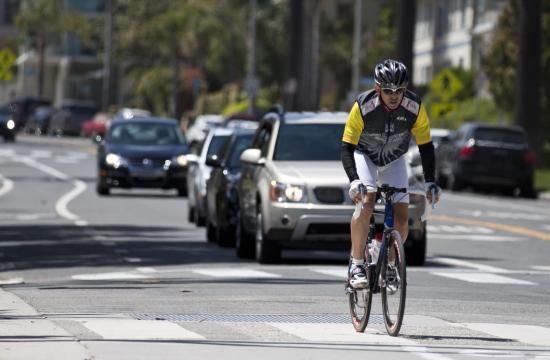 The accolade comes at the same time as the League of American Bicyclists awarded the City of Santa Monica the silver level for a Bicycle Friendly Community.

The Bicycle Friendly Community “Silver” award will be presented to Mayor Pam O’Connor by Jennifer Klausner, Executive Director of the Los Angeles County Bicycle Coalition today at 5 pm at the courtyard behind City Hall.

Cyclists are invited to gather for the ride at 3:30 pm with the ride happening from 4 pm to 5 pm.

“The Bicycle Friendly Community Silver award is presented only to communities with remarkable commitments to bicycling. You should be very proud of this accomplishment,” wrote Nicole Wynands, Program Manager for the League of American Bicyclists.

The City earned an impressive 83 Bike Score from Walk Score. The rating is derived from a data set that includes infrastructure, hilly terrain, numbers of bikers on streets and more.