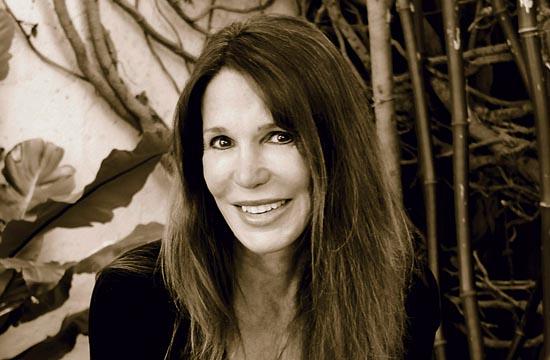 Twelve years ago I was walking along the beach in Malibu – I had moved from New York to a small apartment on the “poor” section of beach, fulfilling a long-held desire to live by the sea.

Above the crashing waves, I heard a few women up ahead of me talking about two sisters-in-law (who they apparently knew) who simultaneously divorced their husbands after they fell in love with (drum roll) each other.

I quickened my steps to eavesdrop some more. The only other detail I heard was that they had no history of being attracted to their own gender, they just fell in love.

It was so wonderfully complicated, I decided to turn it into a novel.

But something so dramatic doesn’t spring from nothing.

Many years ago, I knew a woman whose child drowned in the swimming pool; she said she never found out who left the screen door unlocked.

I grabbed onto that as a way in which a woman – shattered, broken beyond belief – could fall in love with the one person who kept reaching for her as she sank again and again into grief’s deep waters, as she felt herself drowning in unanswered questions.

The story grew from there.

Just before 9/11 my agent Jed Mattes, who was battling pancreatic cancer, shopped a partial manuscript around. Glowing reactions, but no sale.

He told me because I was the author, because publishers only saw me as the Reagan daughter who wrote about her family, he kept running into walls.

I finished the novel, got another agent to shop it around. Same result. After it didn’t sell, she stopped returning my phone calls.

All I know how to do is write. If you’re a writer, stories find you, and you have no choice.

When I began yet another novel, I had an epiphany. Scrolling down to it on my computer, passing three other finished novels, I realized I could die with none of them published.

The most wonderful word came to me: No.

Suddenly Amazon seemed like a beacon through a very dark night.

I had a chance to put my work into the world, which is all any writer longs for.

I chose “Till Human Voices Wake Us” as my first self-published novel. I’d worked on it the longest, and I owed it to Jed.

I have eight conventionally published novels. I’ve had two national best-sellers. But only now do I feel that my career has the room to soar.

The reader reviews on Amazon are proof of that – they’re reviewing my work, not my personal life and history. Sometimes I get an image of Jed Mattes, smiling down through the mists of heaven, saying, “Good job.”