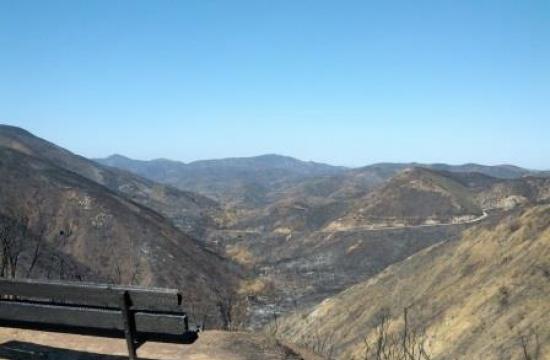 Now that the 24,000-acre Camarillo Springs fire is officially controlled, the National Park Service began to re-open trails on the western side of the Santa Monica Mountains on Tuesday, but with some restrictions.

Rancho Sierra Vista in Newbury Park will partially re-open, but some trails will remain off-limits and the park will close from sunset to sunrise.

Due to ongoing safety concerns and trail damage, visitors won’t be able to travel into Sycamore Canyon, but will be able to reach the overlook at the boundary with Point Mugu State Park.

The Sandstone Peak and Mishe Mokwa trailheads will also re-open, as will the Backbone Trail east of the Point Mugu State Park boundary.

Visitors are encouraged to help nature recover from the fire by respecting trail closures and staying on the trail in areas that are open.

Park officials estimate 70 percent of Rancho Sierra Vista’s 1170 acres burned during the fire, though the Satwiwa Native American Indian Culture Center and all other structures were protected.