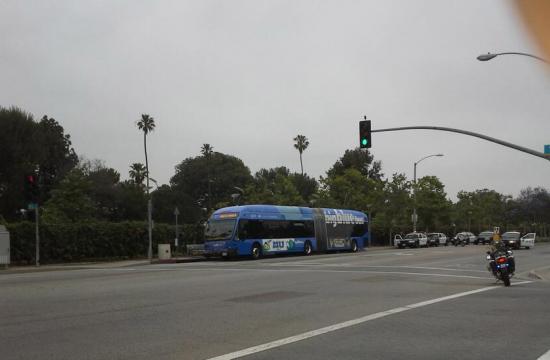 Passengers on a Big Blue Bus were searched at Pico Boulevard and 14th Street in Santa Monica Thursday morning after a report was made of a possible passenger with a gun.

SMPD Sgt. Richard Lewis said officers responded at 8:30 am on the report of a man sitting at a bus stop on Pico and Centinela with what appeared to be a gun in his hand.

“The subject boarded the Big Blue Bus heading westbound on Pico,” Lewis said. “We stopped it at 14th. He had gotten off at 19th Street, but no one told us, and walked towards the residences. He was never stopped. Everybody on the bus was searched and no weapons were found and it was cleared.”

Traffic reopened on Pico Boulevard at 14th after the incident was cleared at 10:18 am.