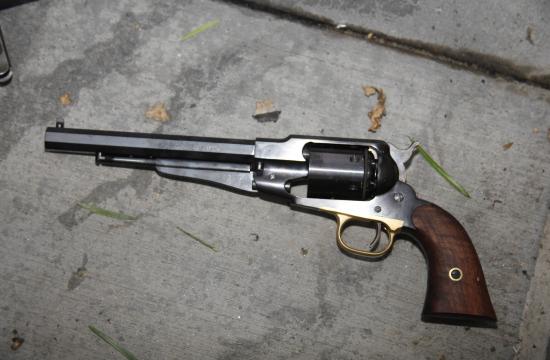 The Santa Monica Police Department has released details of the weapons used by last Friday’s mass shooting suspect John Zawahri who killed five people and wounded three others before he was killed by two SMPD officers and a Santa Monica College police officer on the campus of SMC at 12:05 pm.

SMPD Sgt. Richard Lewis said one critical piece of evidence that was collected was the rifle that Zawahri used.

“Detectives learned that this rifle, a .223 caliber assault rifle that consists of what is referred to an 80 percent lower, does not have a serial number,” Lewis said. “The upper assembly, also has no markings.”

Lewis said all of the .223 magazines recovered were capable of holding 30 rounds — adding these are illegal to possess in California.

“At least one case consisting of 1000 rounds of .223 caliber ammunition was shipped to Zawahri from northern California,” he said. “Detectives are still looking into how he obtained additional ammunition.”

“Detectives recovered evidence that indicates Zawahri obtained various documents and the parts needed to convert the non-firing ‘black powder’ handgun to a serviceable (firing) revolver,” he said. “Detectives also recovered three ‘Zip Guns’ from Zawahri. These weapons are illegal to possess and appear to have been handmade.”

Lewis said several other replica handguns were also recovered during the search of his room.

He said evidence collected in the investigation indicates that the assault rifle (upper assembly and the 80 percent lower), a number of the magazines and several components to modify both of the firearms, shipped from locations outside California.

A letter from the Department of Justice dated October 1, 2011 was also located in his bedroom. The letter informed Zawahri that he was not eligible to purchase a firearm.

Lewis said no firearms are registered to John Zawahri and based on the investigation thus far, the family does not have any registered firearms.

A three page note was recovered from Zawahri’s body by the Los Angeles County Coroner’s Office, but it did not give a motive for his actions, Lewis said.

“The Santa Monica Fire Department continues to investigate the cause of the fire, but at this time it does appear that it is arson related,” he said.