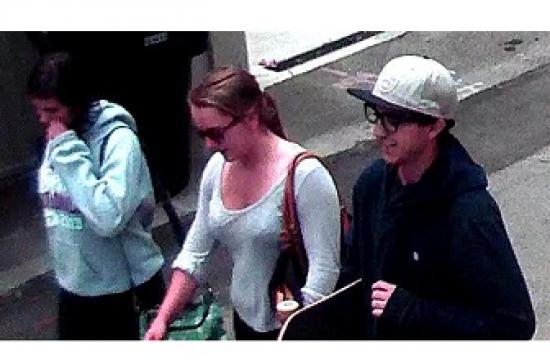 The Santa Monica Police Department has released this image of three teenage suspects wanted for questioning relating to an arson investigation.

SMPD Sgt. Richard Lewis said officers responded to a fire that was set in a vacant lot in the 600 block of 11th Street between two residences on Monday at about 1:50 pm.

“Numerous surveillance cameras in the area captured the subjects in the alley running from where the fire had started,” Lewis said.

The other two are described as White/Hispanic females, late teens, medium build and with brown and dark brown hair.