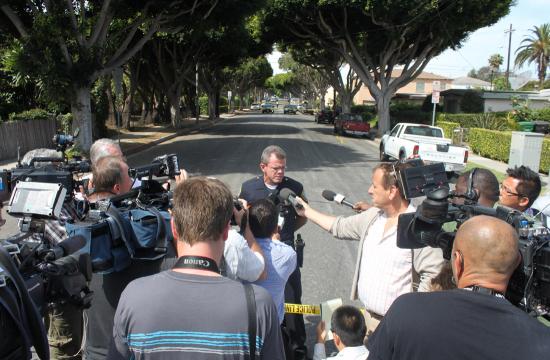 Santa Monica police are investigating a shooting in the 1500 block of Michigan Avenue that occurred about 8:15 am this morning – just a short distance from Santa Monica College.

SMPD Sgt. Richard Lewis said two adult men were shot multiple times in the upper torso and taken away by ambulance to a local trauma center where they are now in surgery.

Lewis said police are looking for a royal blue Infiniti.

The suspect is described Hispanic, late 20s or early 30s.

“I was at my computer, I live on the corner of 16th and Michigan, and there were about five shots,” Millan said. “I ran out to the door but I didn’t see any car going. Potentially the car went the other way towards Lincoln and the Freeway.”