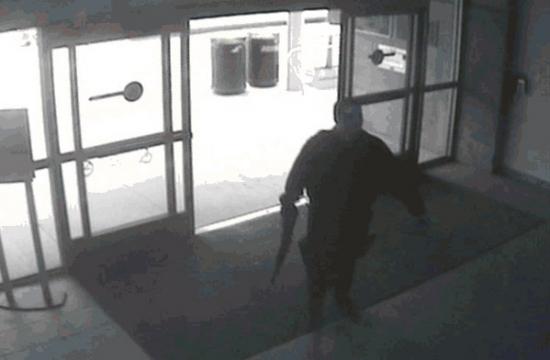 The death toll in Santa Monica’s shooting rampage has risen to six, including the gunman, as authorities confirmed the shooter as 23-year-old John Zawahri and identified all five victims killed.

A woman who was killed on the steps of SMC library Friday was identified at a press conference Monday as Margarita Gomez of Santa Monica. She was the fifth and final victim killed to be identified.

Santa Monica College police chief Albert Vasquez said Gomez, aged in at least her 60s,  was seen regularly on campus collecting recyclables from trash cans. She was not a student.

Santa Monica College opened at 7 am today, except for the library, as students return for the final two days of finals.

A 26-year-old female who was shot while in an SUV on campus during Friday’s shooting spree died Sunday, becoming the fifth victim from the rampage.

Authorities confirmed her identity Sunday as Marcela Dia Franco; she died at Ronald Reagan UCLA Medical Center in Westwood after she was taken off life support.

Marcela, who had registered to take classes during the upcoming summer session at SMC, had visited the campus Friday with her father, 68-year-old Carlos Navarro Franco; he also died. Carlos was a SMC grounds keeper of 22 years.

Marcela and her father were visiting campus to buy textbooks.

Two others were also killed during the shooting spree — the gunman’s 24-year-old brother Christopher Zawahri and 56-year-old father Samir Zawahri.

Law enforcement officials gunned down John Zawahri early Friday afternoon, one day before what would have been his 24th birthday.

The shooting spree, which started just before noon Friday when a house fire was reported at Yorkshire Avenue, last 13 minutes, according to authorities and reports; the house was apparently where Zawarhi allegedly killed his brother and father.