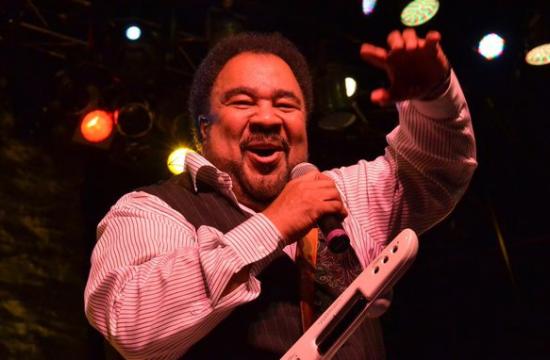 Father’s Day is only two weekends away – and what better way to celebrate the day with dad than at the 2013 Playboy Jazz Festival at the Hollywood Bowl.

Duke, a two-time Grammy-winning pianist and keyboardist, spoke with The Mirror about the festival, which he said he has participated in at least half a dozen times since the Festival began 35 years ago.

“The greatest thing for us as musicians is what the people don’t get to witness back stage — it’s like bringing a family together that you haven’t seen a long time,” Duke said. “It’s really happening back stage.”

He said festival-goers enjoyed the event because it was one big fun party to attend.

“It’s a picnic where everybody comes out and listens to some music, relax, and it’s not a serious event where you aren’t listening to a classic concert,” he said. “It’s basically a fun day of joy, food, and laughter and all that kind of stuff. That’s what kind of makes it nice.”

Duke said he looked forward to taking the stage with renowned R&B/pop singer Jeffrey Osborne (who is making his Festival debut) to close Saturday night’s festivities.

“The interesting part about this is that I produced his latest album,” Duke said. “We will probably wind up doing a few things from that. I would like to leave some of it as a surprise. I’ll be doing some things from early in my career to right up to my latest album. It’s a short set of about 50 minutes.”

Duke, who has his new album “Dreamweaver” scheduled to drop July 16, said the Playboy Jazz Festival has become a tradition in LA.

“This is one of the few places you can see a whole lot of artists for one price,” he said. “You don’t get to see them for two and a half hours each, but it’s sort of like a smorgasbord. You get a little bit of this, a little bit of that. You may hear some artists you wouldn’t normally go see. It’s a great thing. It’s a wonderful way to expose the music in general to some people who may not come out to see certain artists.”

New to this year’s Festival is the multi-talented entertainer George Lopez, who will make his own debut as the new master of ceremonies, taking over for this year from the legendary Bill Cosby, who relinquished the role last summer after more than 30 years.

Back by popular demand to the Playboy Jazz Festival is Naturally 7, who made their triumphant Festival debut in 2010.

Naturally 7 are returning to the show for a world premiere performance with the iconic Herbie Hancock as a special guest.

One of the most distinctively unique groups in music today, Naturally 7 has pioneered a dynamic a cappella style they call “vocal play,” where each member of the group uses only their voice to recreate awe-inspiring sounds of different musical instruments.

The group’s now famous Paris subway performance of “Feel It (In The Air Tonight)” has garnered over five million hits on YouTube.

Hancock, known for transcending the limitations and genres of music, will complement the group’s inventive style with his own modern compositions that have earned him one Oscar and 14 Grammy Awards.

Hancock has been an integral part of every jazz movement since the 1960’s.

As a member of the Miles Davis Quintet, he was one of the pioneers of the avant garde sound. His innovative recordings during the 70’s, combining electric jazz with funk rock sounds, continue to influence today’s music.

Turning up the heat, the Emmy and Grammy-nominated singer/percussionist Sheila E. is returning for the second time as the leader of her own group in a rare back-to-back appearance.

Her electrifying performance last year rocked the house, winning her a standing ovation that stopped the show.

Sheila has previously performed at the Festival with her legendary father, percussionist Pete Escovedo and their renowned family band, with whom she still tours.

A star in her own right, she has served as the musical director for such superstars as Jennifer Lopez, Beyonce and Prince. Known for her mega-hit “The Glamorous Life,” she performed with Prince on Purple Rain and also toured with Ringo Starr and his All-Star band among many others.

Last year, she performed at the Oscars alongside Pharrell Williams and Hans Zimmer.

Reuniting since their Grammy Award-winning dual recording Double Vision in the mid-80’s, keyboardist Bob James and saxophonist David Sanborn will share the Playboy stage together for the first time as part of their summer tour.

The pair will be joined by legendary drummer Steve Gadd and acclaimed bassist James Genus. Renowned beyond the jazz world, the Grammy-winning James is known for both his distinguished solo career and as a founding member of the popular contemporary jazz supergroup FourPlay.

Single day tickets are available through Ticketmaster at www.ticketmaster.com, over the phone by calling 213.365.3500 or 714.740.7878, at any Ticketmaster outlet, or by downloading a ticket order form available at www.playboyjazzfestival.com.