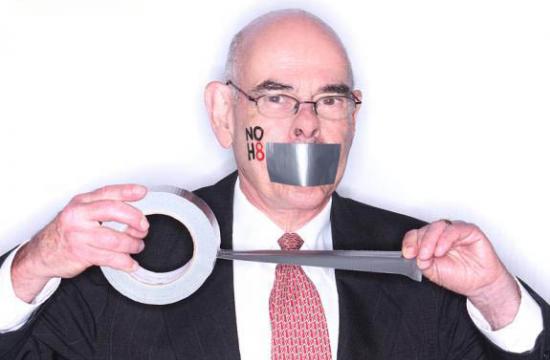 “I am proud to join the NOH8 campaign and be a part of this important message.” Waxman said. “We all need to stand up for equal rights and marriage equality. All Americans deserve to be treated with respect, regardless of race, religion, or sexual orientation or identity.”

Waxman’s portrait was released today by the NOH8 campaign, which began in California and is committed to promoting marriage and gender equality through social media.

The campaign began as a protest to California’s Proposition 8.

The Supreme Court is expected deliver its decisions on the Defense of Marriage Act (DOMA) and Proposition 8 later this week.