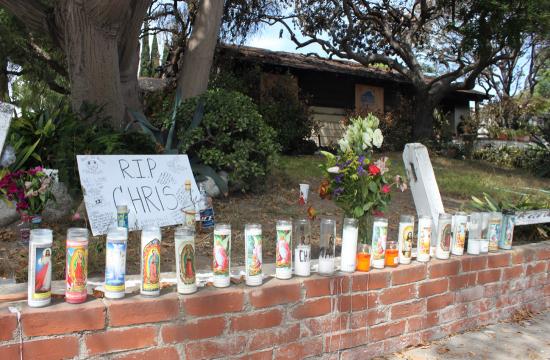 Editor’s Note: The following is a letter to the editor regarding Friday’s tragedy from the League of Women Voters of Santa Monica.

What happened Friday in Santa Monica was a tragedy. It was a tragedy for the victims, for their families, including the family of the gunman, for the students and staff at Santa Monica College, and for our whole community.

Only the quick, effective actions of local law enforcement personnel kept it from being even worse, and we thank them.

As we pull together to comfort one another and try to make meaning out of the incomprehensible, it’s natural to ask what could we have done to prevent this terrible crime.

Certainly, a more effective mental health system might have made a difference. The shooter’s family could probably have used more outreach, more support. But this is speculation.

What’s clear is that the gun this young man used played a major role in making his deeds so terrible. Had he had a less powerful weapon, fewer people would have been shot, fewer terrorized.

Friday’s tragedy was just one of an increasing number of these senseless rampages that have torn families and communities apart in this country.

It’s only halfway into 2013, and already 4,850 people in the United States have been killed by guns, according to a tally kept by Slate Magazine.

Some might say we are politicizing a tragedy, but the League of Women Voters sees gun control as a health and safety issue. Every citizen has a right to live free from the terrible kind of violence that an automatic weapon in the wrong hands can wreak.

That’s why the League of Women Voters of the United States calls for stricter gun control. Its position reads, in part:

“The League of Women Voters of the United States believes that the proliferation of handguns and semi-automatic assault weapons in the United States is a major health and safety threat to its citizens. The League supports strong federal measures to limit the accessibility and regulate the ownership of these weapons by private citizens. The League supports regulating firearms for consumer safety.”

As President of the League of Women Voters of Santa Monica, I urge our community leaders and citizens to continue to fight for stronger gun control legislation in Sacramento and Washington. It may seem like an uphill battle, but the stakes, as we learned so sadly Friday, are life and death.