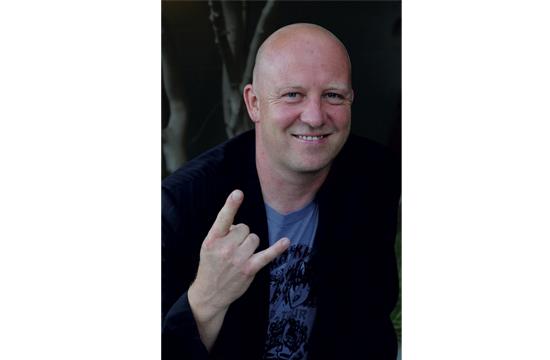 New summer food and happy hour menus have arrived at Stefan’s at L.A. Farm at 3000 Olympic Boulevard in Santa Monica.

Since his opening in 2009, Bravo’s “Top Chef” personality Stefan Richter has completely renovated the space, giving the restaurant an elegant new look and creating an electric ambiance.

The new happy hour runs from 4-7 pm Monday through Friday.

There are specials on wine (rose, red, and white), draft beers, and well cocktails, but the food specials are the best steal.

For $12, there is a selection of Flatbreads including Sauerkraut with Pork Cheek and gruyere; Bacon roasted pear with Bavarian blue cheese and spiced walnuts; and Arugula smoked salmon with horseradish sour cream, frisée, and micro greens.

On the regular menu, there is a large selection of small plates that range from $4 to $8.

Some are American staples but with a twist, like the “Bowl of Corndogs” or the “Like A Big Mac – McTurkey” with the option to “double down” for an extra $2.

Not all of the menu is processed.

Stefan prides himself on fresh ingredients too. He even grows his own artichokes in his backyard at his house in the Pico neighborhood.

“I planted four artichoke plants in January,” Stefan said. “They have been berserk that the artichokes are sticking out over my six foot fence. Each plant has produced about 60 artichokes so far. It’s insane. Every day I bring a couple of handfuls for my roasted artichoke dish.”

Stefan said he has introduced a number of lighter summer options that have twists.

However, he admits there are some items he can’t take off, joking people would lynch him if he tried.

“I took the chopped salad off for lunch,” he said. “There was uproar in the building. People said, ‘We will never come back to the restaurant.’”

Stefan owns three steak houses in Finland, which he visits about eight times a year.

This serves as inspiration for his steaks he serves at L.A. Farm.

Among the steaks on offer at his Santa Monica restaurant is an eight-ounce filet of Beef Tenderloin with roasted asparagus, black truffle mash, and hollandaise sauce.

He also does Steak Frites – a grilled Flat Iron steak with watercress, fries, and herb butter.

“We also have a steak for two,” he said. “It’s a little touch of what I do at one of my steak houses in Finland.”

The restaurant validates three hours of parking for lunch, four hours for dinner.

For reservations or more information, call 310.449.4000 or visit www.stefansrestaurants.com.