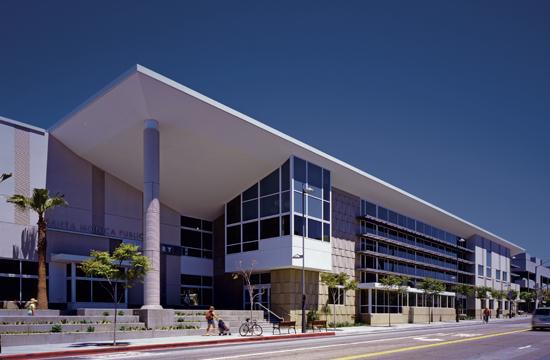 The Santa Monica Public Library (SMPL) may no longer be free to use for those who live beyond the city limits. When Greg Mullen, the City’s Library Services director, presented his budget to Council members during the May 28 Biennial Budget study session, he said some new fees would have to be assessed in order to reduce the impact of the Library’s budget on the General Fund.

One of those adjustments was the topic of much fodder during a City Council meeting earlier this year: assessing non-residents a fee to use any one of Santa Monica’s library branches.

The proposed fee: $25 annually to access library materials and services.

Mullen said the $25 fee would offset the loss of State funding that, according to Mullen, “compensated jurisdictions for non-resident borrowing.”

Also, the materials budget would be decreased “based upon changes in library cardholders.”

The Internet use fee, proposed to be $2 per hour, would not be applied to those who have an SMPL membership card, which would remain free to Santa Monica residents.

Mullen added the introduction of the library card and Internet use fees would allow the SMPL branches to continue offering “popular” resources for Santa Monica residents.

Council member Gleam Davis was not thrilled with the Internet use fee.

On the one hand, Davis understood the sentiment to not subsidize non-resident use of Santa Monica libraries.

Yet, she also pointed out the Internet can be a vital resource for someone looking for employment irrespective of where they lived.

An unemployed SMPL visitor using the Internet may not be able to afford a $2 fee, Davis said.

“Two dollars doesn’t sound like a lot, but for someone maybe it is,” Davis said. “The people who are probably more likely to use (the Internet), even if they are from outside of Santa Monica, are people for whom that $2 may be very meaningful.”

Council member Kevin McKeown countered that a non-resident could purchase a library card that, after a few hours of initial use, would allow for unlimited Web surfing without having to pay.

Both McKeown and Council member Ted Winterer also said the assessment of an Internet use fee may free up library computers for Santa Monica residents.

Charging an Internet use fee, McKeown and Winterer believed, would deter some non-residents from populating the library’s computer area and allow Santa Monica residents greater access there.

Mayor Pro Tem Terry O’Day said he hoped to see an exception made for non-resident students attending Santa Monica’s schools to be granted a library card without paying a fee.

Currently, a student attending Santa Monica schools but living outside the City is considered a non-resident and would be subject to the Library fee once instituted.

Mullen said two positions would be cut from full-time to half-time at the Pico Branch Library – which will be the latest addition to the SMPL system once construction is complete. Those two positions: custodial and computer support.

The Library Services Director believed the Pico Library would be able to offer services comparable to the other branches despite the position cuts.

Custodial services would remain in-house, Mullen confirmed, yet only budgeted for half-time for the Pico Branch Library, which will be located at Virginia Avenue Park once completed (construction of the new branch is already underway).

According to Mullen, the library’s budget for the 2013-14 Fiscal Year is slightly more than $12 million. For the 2014-15 Fiscal Year, the library budget increases to $12.3 million, Mullen added.