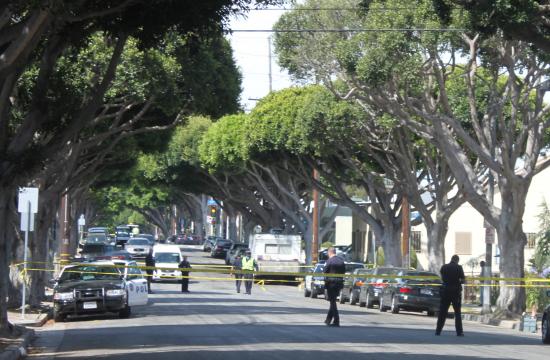 One of the two men shot in the 1500 block of Michigan Avenue in Santa Monica at 8:15 am this morning has died, according to CBS2. The condition the other victim remains unknown. The names of the victims have not been released.

Lewis said police are looking for a royal blue Infiniti. The suspect is described Hispanic, late 20s or early 30s.

The motive for the shooting was unknown. The location of the incident is about half mile from Santa Monica College.