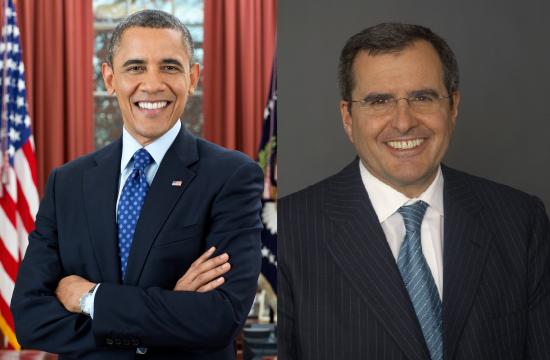 Motorists in Santa Monica and the Westside take note — President Barack Obama will be in Santa Monica for a fundraiser Friday and traffic is expected to snarl anywhere near the motorcade’s route.

Obama is scheduled land at LAX at 10:30 am and then travel to a Democratic National Committee event at the home of Hollywood executive Peter Chernin in Santa Monica, which is expected to run until 2 pm.

The LAPD has issued the following advisory regarding the areas that should be avoided:

— The area around West Olympic Boulevard and Cloverfield Boulevard from 9:30 am to 11:30 am, and between the hours of 1 pm to 3 pm.

This information has been provided to the public with the approval of the United States Secret Service (USSS).

Obama will travel to the Sunnylands estate in Rancho Mirage in Riverside County following the Santa Monica event where he will meet with President Xi Jinping at 4 pm.

Attendees are paying anywhere between $10,000 and $32,400 per person to attend the luncheon at Chernin’s home.