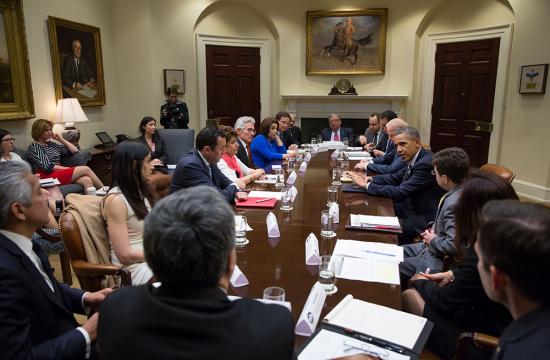 The Santa Monica College Foundation has announced that Nathalie Rayes has been named winner of the 2012 Distinguished Alumni Recognition Award for Outstanding Professional and Community Service Achievement.

Rayes, who graduated with honors from SMC in 1994, works in the corporate arena but has also been active in municipal and national government, serving in such roles as adviser to President Obama.

She has also made her mark in public service and philanthropy, winning honors for her achievements.

She will be recognized at commencement, which will be held at 6 pm Tuesday, June 11 at SMC’s Corsair Field, 1900 Pico Blvd.

Rayes currently serves as the U.S. National Public Relations Director of Grupo Salinas, a Mexican conglomerate with $5 billion in annual sales and 60,000 employees in Mexico, the United States, and Central and South America, and with operations in the broadcasting, retail, banking and financial services, telecommunications and internet industries.

In these roles, she has personally led numerous national campaigns that seek to improve the quality of life of Latinos by partnering with existing local and international governments, scholars, universities, and nonprofits to empower, create awareness and motivate change on social and immigration issues.

These campaigns have included voting, financial literacy, education, and health.

After leaving UCLA, she went on to serve as a U.S. Department of State Fellow in the Economic/Political Section of the U.S. Embassy in Cairo, Egypt.

After leaving college, she was appointed as Los Angeles Mayor James K. Hahn’s Deputy Chief of Staff, considered the second most powerful position in City Hall, before the age of 30.

At the Mayor’s Office she specialized in Intergovernmental Relations, serving as chief liaison to federal, state and regional governments, and to the Los Angeles City Council.

She is a Fellow of the very prestigious Asia 21 Young Leaders Initiative, the leading cross-sectional leadership development program in the Asia-Pacific region.

The Asia 21 Young Leaders Forum aims to create a sustained network of tomorrow’s leaders from all sectors such as business, politics, media, arts and culture, and academia to better prepare them for the future challenges and responsibilities of global citizenship.

Rayes is the recipient of the 2012 “Mujeres Destacadas Award,” a recognition given annually by the publication El Diario La Prensa, to the most outstanding women in the Latino community.

In the international arena, she recently attended a meeting with President Obama and Vice President Biden with Latino leaders, as well as the President’s speech in Mexico.

Rayes currently resides in Boston. She is married to Harvard professor Tarak Samad, and has two sons, Julian and Alexander.