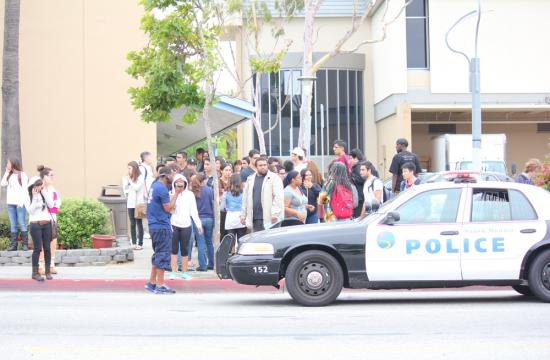 The man who killed four people and wounded a handful of others before Santa Monica police officers shot and killed him inside Santa Monica College’s library had a history of mental issues, according to reports.

While authorities haven’t  identified the suspect, the LA Times reports the man as John Zawahri, who would have turned 24 today.

At a press conference Saturday afternoon, Santa Monica Chief of Police Jacqueline Seabrooks said the gunman had more than 1,300 rounds of ammunition with him during the shooting spree.

The shootings took place on a number of streets in the Pico neighborhood around noon and ended on the campus of Santa Monica College.

“Any time someone puts on a vest of some sort, comes out with a bag full of loaded magazines, has an extra receiver, has a handgun and has a semiautomatic rifle, carjacks folks, goes to a college, kills more people and has to be killed at the hands of police,” Santa Monica Police Chief Jacqueline Seabrooks said, “I believe that’s premeditated.”

The Times reports anonymous law enforcement sources who said the suspect had some mental problems in the past and was angry over his parents’ divorce.

Click here to read some of the witness accounts from Friday’s shooting spree.