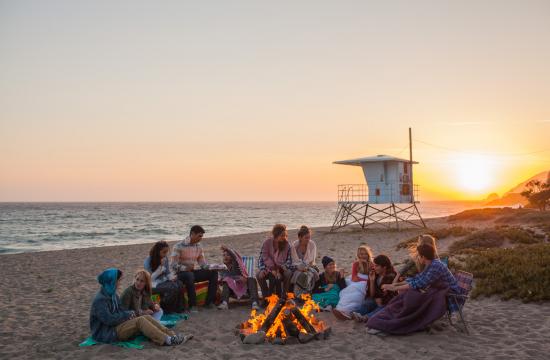 A handful of Santa Monica High School students have been selected to star in a new reality interactive series @SummerBreak — existing exclusively on social media.

Audiences are invited to experience a life-changing summer through the eyes of a group of dynamic, passionate local kids who will share their real-life problems, hopes and dreams in real time on Twitter, Tumblr, and Instagram.

Viewers can follow Santa Monica locals on the show Trevis (@trevytrevv11), Ray (@RAYRAYisRAW), Kostas (@kostas95), and Zaq (@zaq_theman) throughout their last summer break before most of them go to college.

The @SummerBreak Twitter handle will be the hub of the show, re-tweeting the most exciting content and releasing the daily and weekly episodes brought to you by AT&T, BBDO, and The Chernin Group.

There are no scripts here, no TV networks.

Unlike traditional series filmed months before airing, @SummerBreak will be released in real-time; immersing followers in the drama as it unfolds, offering an unprecedented connection to the characters and their stories.

@SummerBreak’s convergence of mobile technology and entertainment is just the latest example of AT&T’s ongoing commitment to deliver innovative and entertaining experiences to its customers.