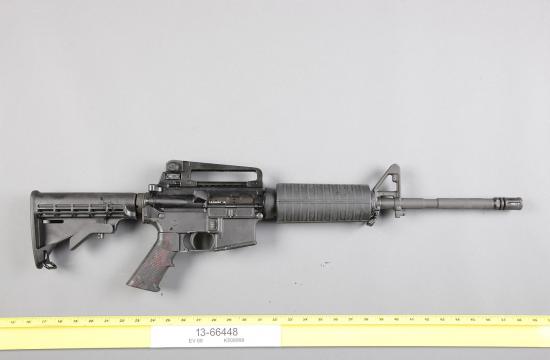 Although the suspect’s motive for the June 7 shooting spree in Santa Monica remains unclear, it was announced Thursday night that John Zawahri left behind a farewell note that said goodbye to his friends, expressed his remorse for the killing of his brother and father, and his hope that his mother would be looked after financially.

This was among latest information from the investigation into last Friday’s shooting, released tonight at a press briefing by Santa Monica Police Chief Jacqueline Seabrooks.

“Zawahri led a troubled life, experienced mental health challenges, and it is believed these challenges likely played a role in his decision to kill his father and brother, set fire to the family home, and go on a 13-minute shooting spree that left five innocent people dead and three people injured,” said Seabrooks.

The suspect’s father, Samir Zawahri, and brother, Christopher Zawahri, died as a result of gunshot wounds.

A three- to four-page note was found on Zawahri’s body, said Seabrooks. “He left behind what can be called a farewell note in which he expressed his hope that his mother would be looked after financially, even as he said goodbye to his friends and expressed remorse for his actions in the killing of his father and brother.”

SMPD Sgt. Richard Lewis added that the note was handwritten, conversational in tone, not characterized by anger or hatred, and mostly spoke to quite a few of his friends.

Seabrooks said Zawahri had tried to obtain firearms in 2011 but his request was denied by the California justice department. Still, he was able to buy ammunition and gun components from various sources across the country, have them shipped to his home, and build his own weapons, including the AR-15 type rifle used on June 7.

An array of guns, knives, and related material was found in Zawahri’s bedroom. “He had an affinity for weapons, handguns,” said Lewis.

Zawahri had a previous record with the SMPD in 2006, when he was a juvenile, said Seabrooks.

Seabrooks commended and thanked the many local, state, and federal law enforcement organizations and fire departments for their role in ending the June 7 rampage.

“The City of Santa Monica and Santa Monica College are in a period of recovery and healing from the aftermath of June 7, 2013. Our hearts continue to grieve for those who were killed or injured as a result of the actions of the lone suspect,” she said.