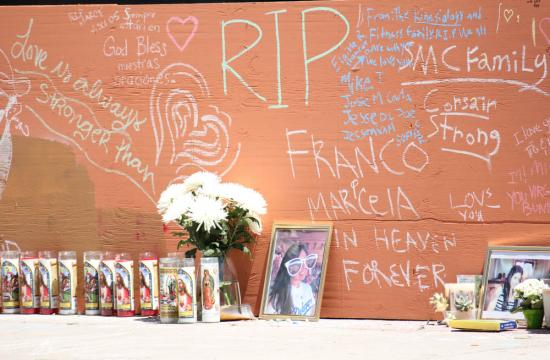 Editor’s Note: This is a letter sent to the SMC community college via email from SMC President Dr. Chui Tsang.

It is with deep sadness that I inform you that Carlos Navarro Franco, 68, a groundskeeper and longtime member of the Santa Monica College family, was killed Friday afternoon during the tragic series of shootings that culminated on our Main campus.

Franco’s youngest daughter, Marcela, 26, was also one of the victims of Friday’s shootings. A student at CSU Dominguez Hills, Marcela was with her father on the SMC campus to purchase textbooks for summer classes.

Carlos was truly a family man. He was a dedicated husband and father and an integral part of the Santa Monica College family. His dedicated work to the campus grounds was enjoyed by students and visitors for two decades. He will be sorely missed.

A groundskeeper whose work was appreciated by anyone who strolled through the Main Campus, especially the quad, Carlos was a dedicated worker for 22 years. Those close to him say that he devoted his life to his work and to his family.

When asked to describe Carlos, Tom Corpus, his supervisor, said: “Carlos was a very, very hard worker. He loved his job. He tried to make people happy and make sure he did the best job he could. He was all about his job. He was just a great asset to the college. Everything Carlos did was for the college and for his family.”

The afternoon (Saturday) Carlos died, he was on his way with Marcela to meet his oldest daughter, Leticia, for a doctor’s appointment.

“Every time I visited him, he would talk about his daughters and his family,” said his nephew Mario Franco, a member of SMC’s Workforce and Economic Development Department. “He was a big family man. Everything he did was literally for his daughters.”

The death of Carlos, who died at the scene, and the injuries to Marcela as they exited the lot at 20th and Pearl streets, were not the first tragedy to strike the Franco family. Carlos’ son died two summers ago in a car accident.

Donations can be made to The Carlos Franco Family Memorial Fund. Donations may be made at foundation.smc.edu/FrancoMemorial​ after 3 p.m. Saturday. Or by mail to:

The College is in the process of planning a campus-wide memorial and will provide details in the near future.