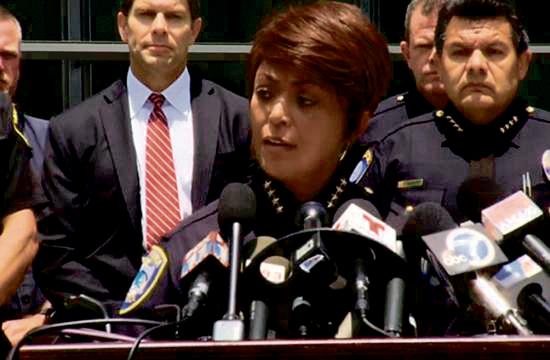 On top of what was already planned to be a busy day in Santa Monica with President Obama’s visit last Friday, the unexpected tragedy to follow at Santa Monica College was a defining day in the department’s history.

From Chief of Police Jacqueline Seabrooks, who faced a barrage of questions at press conferences, to SMPD public information officer Sgt. Richard Lewis, who has been working around the clock with updates for the media, the work of every officer in the department is greatly appreciated.

As City Manager Rod Gould pointed out in Friday’s front-page piece from columnist Susan Cloke, the job of the officers is to run towards danger to put the public’s safety ahead of their own.

For this, we cannot thank them enough for their bravery, courage, and determination.

With the subsequent shootings on Sunday afternoon and Tuesday morning, the department continues to keep up the first-rate work, as was seen with the quick arrests of three suspects following the double shooting on Michigan Avenue on Tuesday.

No doubt the suspect in Sunday’s bicyclist shooting will be located and arrested, sending a clear message that crime will no be tolerated in our beach city and offenders will be caught and prosecuted.

Keep up the fine work, SMPD.