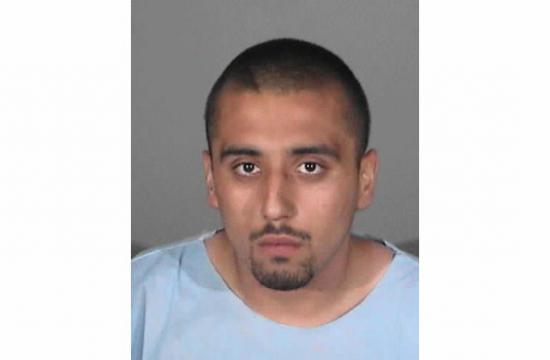 Three suspects have been arrested following the fatal shooting of a 29-year-old Santa Monica man in the 1500 block of Michigan Avenue Tuesday morning.

A handgun believed to have been used in the shooting has also been recovered.

Santa Monica police responded to reports of shots fired on the quiet residential street at 8:15 am Tuesday.

Upon arrival, officers located two victims, each suffering from multiple gunshot wounds in the alley to the rear of 1759 15th Street.

Paramedics from the Santa Monica Fire Department responded and transported both victims to a local trauma center, where one of the victims later succumbed to his injuries. He was later identified as Gil Verastegui, a 29-year-old Santa Monica man.

The second victim remains in critical condition at a local hospital. His name has not been released.

SMPD Sgt. Richard Lewis said both victims were in the alley behind 1759 15th Street, when a male Hispanic walked up and fired several rounds into both suspects, then fled westbound on Michigan to an awaiting vehicle and drove off.

“During the course of the investigation, several investigative leads were developed, leading investigators to the 1500 Block of Armacost in West Los Angeles,” Lewis said. “A short time later, two suspects matching the description given by witnesses were taken into custody after attempting to flee on foot; a third suspect was taken into custody inside a nearby apartment. During the service of a subsequent search warrant, a handgun believed to have been used in the shooting was recovered.”

The suspects were booked at 6 pm Tuesday at the Public Safety Facility, Lewis said.

Osumi and Lopez were both booked for murder, attempted murder, and criminal street gang. Bail for both was set at $1,040,000.

Farris was booked for accessory to a felony crime, participate in a criminal street gang, and post release Community Supervision Revocation. No bail was provided for Farris.