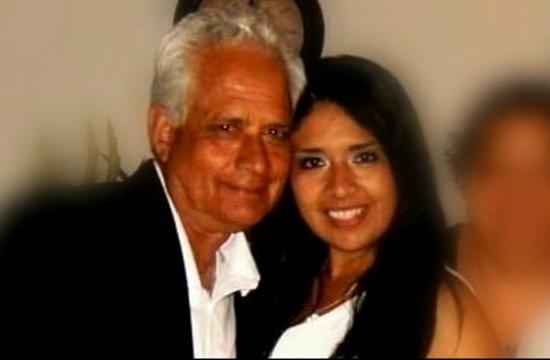 In response to the tragic death of 26-year-old California State University, Dominguez Hills student Marcela Franco, who was a victim of Friday’s shootings in Santa Monica, the university is accepting donations to help support her family.

“As a campus community, our thoughts, prayers, and sympathies are with the Franco family and all the victims and families affected by this senseless act of violence,” said CSU Dominguez Hills President Willie J. Hagan. “Finding the right words or actions to express the most heartfelt response to such unthinkable tragedy is not easy, but given Marcela’s direct ties to CSU Dominguez Hills, our hope is this gesture from the university community can in some way help her loved ones during this difficult time.”

Marcela and her father, Santa Monica College groundskeeper Carlos Franco, were exiting a parking lot on the SMC campus Friday, after visiting the campus bookstore to purchase Marcela’s books for a summer class, when they were both shot.

Her father died at the scene and Marcela was taken to Ronald Reagan UCLA Medical Center, where she succumbed to her injuries on Sunday.

Marcela was a senior at CSU Dominguez Hills majoring in psychology.

She enrolled at the university in fall 2012 as a transfer student from West Los Angeles College, and quickly embraced the Toro Spirit.

She was involved in a number of activities and events on campus, including the Campus Food Pantry Program, Welcome Week, and Take Your Daughters and Sons to Work Day.

She also was a student member of the Campus Alcohol Awareness Coordinating Team, having become a certified trainer to help present workshops to students.

In April she attended the CSU Alcohol and Other Drugs Conference and returned with new ideas to implement at CSU Dominguez Hills.

Passionate about psychology, she was a member of the university’s chapter of the Psi Chi International Honor Society in Psychology and according to those close to her was looking forward to earning advanced degrees in the field to help individuals and her community.

Marcela was a CSUDH legacy student; her aunt and SMC Board of Trustee member Margaret Quiñones-Pérez is an alumna (Class of ‘84, B.A., mental health research methods).

Donations to the Marcela Franco Memorial will be collected by the university and given to the family to aid them in their time of need.

Donations are not tax deductible.