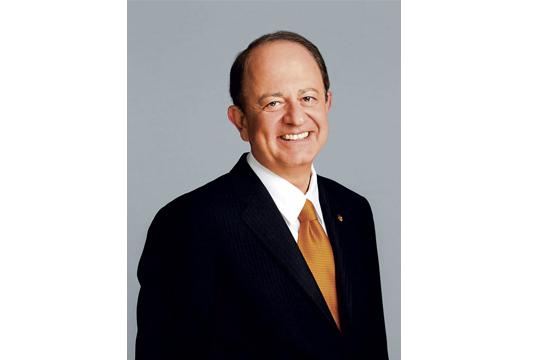 An estimated 550 graduates will take part in commencement exercises today at Santa Monica College (SMC). After the cap-and-gown-dressed graduates take their respective seats on Corsair Field, they will collectively listen in on the commencement address to be delivered by C.L. Max Nikias, president of the University of Southern California.

The eleventh president of USC, Nikias served the university as a professor, director of national research centers, dean, and provost before becoming president in 2010.

In advance of his address tonight, Nikias briefly spoke with The Mirror via email, providing some perspective for SMC graduates of the world awaiting them at academic institutions and the workplace.

While economic times may be tough and various news reports hint at poor job prospects for recent college graduates, Nikias said those completing degree programs at institutions of higher learning will earn more money than those who only have a high school diploma.

“In difficult economic times, it’s important to take the long view of an education,” Nikias said. “During their lifetimes, college graduates will earn over $1 million more than a person who has only a high school diploma. So, students should look at their education as an investment in the future. It’s also important to remember the real reason for pursuing higher education. You can’t put a price tag on developing your mind, or exposing yourselves to new ideas, or meeting people who will transform your lives.”

Nikias advises college students and graduates to view the bleak outlook of jobs and the reported increases in those defaulting on student loans not as a challenge but as an opportunity.

The same could be said about earning a college degree, Nikias pointed out.

In remaining committed to a college education, Nikias said there is great value in students and graduates ensuring obstacles.

“Many of the greatest opportunities in life first appear as challenges,” Nikias said. “When we face those challenges and overcome them, we learn more about a particular field or subject. But we also learn about ourselves. The friendships we form and the connections we make while overcoming these challenges shape our character and provide us with even better opportunities.”

With many news reports shedding light on the growing number of college graduates defaulting on their student loans and an inability of many others to secure jobs paying well-enough to justify the cost of a college degree, Nikias told The Mirror higher learning can be made affordable.

“There are also many different ways to make education affordable and to minimize debt.  Students can pursue scholarships or apply for financial aid. Last year USC offered more financial aid than any other university in the nation – nearly $270 million in unrestricted financial aid from our own sources,” Nikias said, pointing out one in seven of USC’s incoming freshman in fall 2013 will be the “first members of their families to attend college.”

The USC president added private colleges and universities are not necessarily as expensive as many may believe.

“The affordability of private universities is sometimes surprising,” Nikias said.

Beyond choosing between public and private institutions, Nikias also advised SMC graduates to be flexible in their respective career paths.

“Rather than selecting a rigid career path, it’s important for students to develop the intellectual agility that helps them respond to change,” he said. “The important thing is for students to understand how they learn best, and then to make learning a habit throughout their lives. When thinking about jobs, it’s important to remember that an industry experiencing tremendous growth today may have limited opportunities in the future. Many of the careers that will be available in 20 years don’t even exist yet.”

In advocating flexibility and long-term vision, Nikias also suggested those seeking to add a minor or second major to their course of study to diversify their selections.

“It’s very important for students to pursue a major and a minor – or two majors – in widely separated fields of study. And that’s because the sparks of innovation are generated at the intersections of disciplines,” Nikias stated. “Interdisciplinary research and study will increase their chances of getting good jobs and help them adapt to the future.”

In light of the perspectives Nikias shared with The Mirror, he did not reveal what he will discuss when he takes the podium tonight at Corsair Field.

A live webcast will be available on the SMC Alumni webpage.