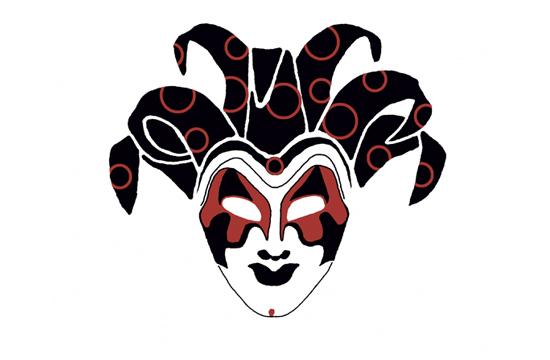 A program of clowns and jesters will perform at the Santa Monica Bay Woman’s Club this Saturday at 2 pm and 7:30 pm.

The performances are presented by Vineyard Touring Opera, a regional opera company for Southern California.

The shows will be fully staged with orchestra and chorus, and simultaneous English translation projected above the stage.

Alan Medak and Adil Mehta will conduct the performances with stage direction by Dennis Gersten and Derry Kalve.

Randall Garrou is chorus master, and costuming is by Lani Bartlett.

The program debuts VTO’s “From Script to Score” series with a performance of Act IV of “The King Amuses Himself” by Victor Hugo, the play that inspired Verdi’s beloved opera, “Rigoletto.”

The cast will then perform the corresponding scenes from the opera, which include the Quartet, the Storm scene, and the tenor aria, “La donna è mobile.”

Showing scenes from the play (presented in a new translation by series creator Phyllis Elliott and stage director Dennis Gersten) and the opera together will allow audiences to experience firsthand the skill of the composer and librettist in adapting the drama to the lyric stage – under the watchful eyes of the censors.

The second part of the program is Leoncavallo’s passionate opera, “Pagliacci,” a story of love and jealousy in a small traveling acting troupe in southern Italy.

Based on a true story, “Pagliacci” features the famous aria, “Vesti la giubba,” in which Canio laments that he must make people laugh even when his heart is breaking.   “Theater and Life,” warns a clown, “are not the same thing,” and blood will spill before the play-within-a-play has ended.

The program is presented in observance of The Year of Italian Culture and the Verdi Bicentennial.

VTO is a member of the Southern California Opera Network.

Tickets are $10 general admission, $20 for preferred seating, and $5 for students and seniors.