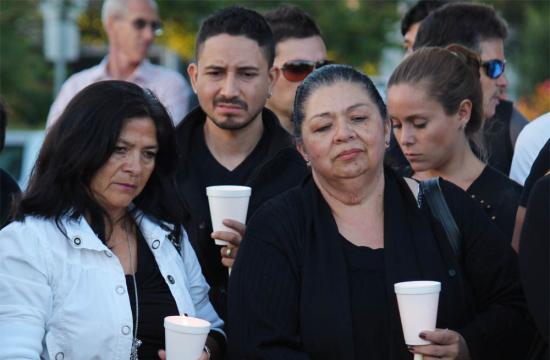 Editor’s Note: This is an op-ed from Santa Monica College trustee David Finkel regarding June 7’s violent shooting rampage that ended at SMC.

Such events have become so common throughout our nation, that it is not surprising that many just want a return to normality.

But what is normality?

In Santa Monica alone, there have been two more killings since the savage slaughter at Santa Monica College, and a threat of killings at a local apartment.

We must try to grasp the significance of June 7’s tragedy, as well as the events that followed, and turn it into something positive.

What is the most positive thing we can do?

Despite Congress’ failure to enact meaningful gun control legislation and policies to reduce the widening gap between wealth and poverty, we can recognize the poisonous cocktail of violence that has dominated the way in which we address problems, and vow to alter such actions.

Therefore, we must advocate for extended national mental health care.

But more important, we cannot disassociate the way in which too many segments of society address problems by engaging in violence.

We must see the connection between the ways in which individuals, groups and governments use violence to deal with festering social problems.

Examples of that are endless.

Above and beyond the many killings at schools, colleges and public places that have taken place in our nation in the recent past, racism, sexism, intolerance and homophobia still exists… even in Los Angeles, which is one of the more diverse communities in the nation.

At the expenses of human and economic capital governments have used violence as one of their central means of addressing disputes.

What has been missing is an emphasis on safety, mutual respect, mediation and tolerance of differences.

It is not an accident that historically, cultural and religious groups have engaged in violence as a means of addressing religious, ideological and territorial disputes.

It is not an accident that the civil rights movement in our nation was a desperate response to long term economic and social dominance by means of violence.

So, what must we do to stop that longstanding pattern of physical and social violence as a means of addressing problems?

By example and word we must press for a safe society characterized by mutual respect and tolerance for differences… one which will promote safety and peace and foster a dynamic expansion of creativity and opportunity.

How can we do that?

We can start by recognizing that we are bound together by a common purpose: a desire to be free; to develop our minds and use our ingenuity and imagination in constructive ways.

We can look beyond our noses and socially and politically advocate for and demand the development of a society that insists on pursuing peaceful and nonviolent solutions to differences.

We cannot do it alone.

We need the involvement of our entire nation and society. But we can start here in southern California.

Let us pledge today to join the ranks of people who want to build a life based on safety, peace, mutual respect, and nonviolent approaches to problem solving.

Mahatma Ghandi and Rev. Martin Luther King, Jr. taught the world how to do it, but we have lost our way again amidst a struggle for dominance and power (by some) and survival (by most).

Let us reject those who cannot or will not place peaceful solutions above power packed and violent ones.

We can all learn how to build a better world.

We can do that!

Slowly and incrementally, we can do that!

And in the process, we can save ourselves, our nation and the world by redirecting it away from violence and toward peace, mutual respect and tolerance.

That is the message that rings out to me in the aftermath of the violence at Santa Monica College.