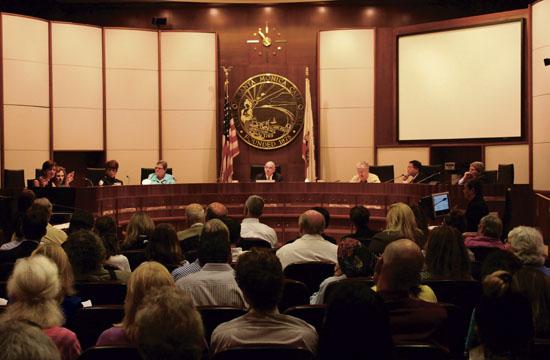 At a gun violence forum held Monday at Santa Monica City Hall, Congressman Henry Waxman announced he would introduce the Gun Violence Prevention Act of 2013 to Congress in a bid to address gun safety, mental health, and gun violence research.

Waxman convened the forum in response to the Santa Monica shootings on June 7 where John Zawahri shot and killed five people in the Pico neighborhood, before authorities took his life inside the Santa Monica College library.

“The bill will prohibit the sale of gun kits like those used in the Santa Monica shootings,” said Waxman, a democrat who represents Santa Monica and the Westside in the 33rd District. “It will authorize additional research on serious mental illness, improve access to mental health services for all, and reinforce existing government authorities to carry out public health research on gun violence.”

Waxman, using Zawahri as an example, said there were loopholes in state and federal gun laws that need to be addressed.

“We now know that Mr. Zawahri, who was suffering from mental illness, was denied approval through the background check process when he attempted to purchase a firearm,” Waxman said. “That’s how the system is supposed to work. But what happened next needs to be stopped. It appears that Mr. Zawahri took advantage of a loophole in the law by purchasing a partially completed gun that he was able to put together himself.”

Waxman released a report Monday examining the loophole, adding he was determined to close it.

He said there is a thriving market on the internet for sales of partially completed guns that circumvent federal and state background checks and other gun laws.

“Internet gun stores advertise that no federal firearms license is necessary to purchase these guns,” he said. “Sellers and other gun sites provide step-by-step tutorials on how to turn these partially completed guns into functioning assault weapons. Do-it-yourself gun builders brag that these guns can circumvent federal serial number requirements for firearms. And out-of-state stores sell special ‘California Magazine Repair Parts Kits’ that appear to be weapons that are banned in California, but are disassembled for the sole purpose of avoiding state gun laws.”

Waxman said he would work with leaders from both parties to pass this bill into law.