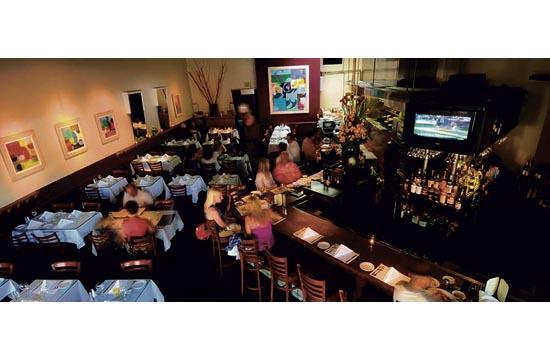 From July 15-26, a record-setting list of more than 330 restaurants will participate in this 12-day dining event.

This time there are 32 Santa Monica restaurants signed on to participate.

Stacey Sun, dineLA Director for the Los Angeles Tourism and Convention Board, said residents and travelers from near and far can explore LA’s culinary landscape during dineLA’s Restaurant Week.

“The summer schedule lends itself to a wide range of dining experiences – from poolside to patio, oceanfront to garden – all at an incredible value,” Sun said.

In addition to specially priced prix-fixe menus at top restaurants, American Express will offer a $5 statement credit to diners who register an eligible American Express Card at http://www.amexnetwork.com/dineLA between now and July 26, 2013 and spend $21 or more with the registered card at a participating restaurant during dineLA’s Restaurant Week.

Presented by the Los Angeles Tourism & Convention Board and in partnership with American Express, dineLA’s Restaurant Week is designed to stimulate business and introduce new customers to restaurants located in the many neighborhoods throughout LA County.

For more information, to make reservations, or to view a complete list of participating restaurants, visit www.discoverLosAngeles.com/dineLA.

Next Door by Josie

One Pico @ Shutters on the Beach

The Dining Room at Hotel Shangri-La

* Not all offer both lunch and dinner dine LA menus