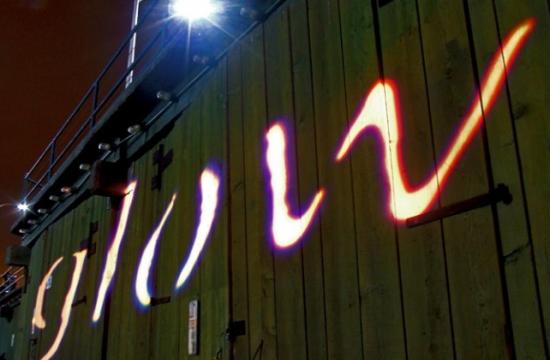 Glow might be returning to Santa Monica for a third iteration in September, but a technicality prevented Council members from voting on the issue at its Tuesday meeting.

In an attempt to be prepared for an event expected to draw more than 100,000 people, the City Council adopted an emergency ordinance and resolution suspending or tweaking certain regulations for one day, allowing the event to go forward.

Specifically, exceptions would be made for one night governing when certain public spaces (Palisades and Tongva Parks) and amusement areas close, noise and audio restrictions for beaches and parks, and outdoor dining restrictions, among other ordinances.

As required by city law, all emergency ordinances require at least five votes to be approved. However, only four council members were present at the July 9 meeting, so the vote was delayed.

Council members Gleam Davis, Bob Holbrook, and Kevin McKeown were not present at this week’s meeting.

Glow 2013 is scheduled for Sept. 28 and would continue through 3 am the following morning.

“In order to ensure that participants have access to necessary services and amenities, and local businesses are given an opportunity to participate, a number of regulations will need to be suspended for the evening,” City staff stated. “These range from local ordinances to policies that regulate the use of public space and cover a range of items from the use of parking structures to the hours of operation of local restaurants.”

The temporary ordinance, if approved, would also establish “the conditions under which vending licenses for Glow shall be allocated,” set rates for food trucks at $200, and allow overnight parking at Lots 1 North (1550 Pacific Coast Highway) and 4 South (2030 Ocean Avenue).

Hailed as “Santa Monica’s signature art and culture event,” Glow arrived in the City in July 2008. The event repeated in September 2010. According to City Hall, Glow, which features art installations and performances by local, national, and international artists, drew more than 150,000 people each year “to experience the commissioned art projects.”

Public and private financing is relied upon to fund the event’s $600,000 price tag.

Council members must pass this emergency ordinance, according to City staff, because “there is no existing mechanism to permit such a large and multi-faceted City event.”

“Glow grew out of community demand for a signature cultural event, one that would be specific to Santa Monica and that would draw international attention, enhancing the city’s reputation as a destination for cultural tourism and showcasing its vibrant creative sector,” City staff stated. “Each work of art will be created specifically for Glow and for the location in which the art is sited.

“For example, artist Mathieu Briand will create a ring of fire and a sunken chamber on the beach north of the Pier,” City staff continued. “In Palisades Park, Shana Koenig will create sea creatures that respond to their own mobile phone application.”

According to City staff, since the event has gained favor with “individuals, private foundations and corporations,” two-thirds of the financing for this year’s event would be privately sourced.

“Local businesses have been particularly eager to see Glow return given the very significant positive impact that the event had in past years on the local economy such as increases in hotel occupancy and City parking revenue,” City staff added.

While Glow has drawn mostly positive attention, City staff acknowledged the event’s logistics would be “challenging.”

“Glow’s success rests not only on the quality of the art but in ensuring that participants have a positive experience and that impacts on the host facilities are minimal and remedied as quickly as possible,” City staff stated. “Issues of public safety and crowd management are being addressed by a special interdepartmental task force.”

In planning this year’s event, City officials are looking to the first two Glow events and the L.A. Marathon “to mitigate issues associated primarily with traffic and crowd control,” including developing a traffic and public safety plan.

Of the event’s $600,000 budget, only $100,000 would hail from the City’s fiscal year budget; another $75,000 would be covered from the Cultural Trust Fund. Remaining funding is expected to come from “in-kind donations and grants received by the Santa Monica Arts Foundation from donors including Bloomberg Philanthropies, Metabolic Studios and the National Endowment for the Arts.”