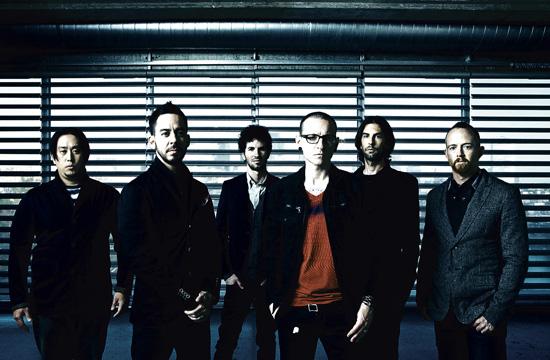 The Sunset Strip Music Festival returns to West Hollywood a little earlier this summer as headliner Linkin Park jets off to Japan for the start of their Asian tour the following week.

Now in its 6th year, the three-day music extravaganza culminates with the street festival next Saturday, August 3 on Sunset Boulevard between San Vicente and Doheny from 3-11 pm. Other events will be held Thursday and Friday nights at Sunset Strip venues.

Nic Adler, festival co-producer and owner of The Roxy, said one of the festival’s goals was to celebrate the strip’s past while being current and featuring the biggest bands possible.

Other big name bands on the bill include Awolnation and Black Rebel Motorcycle Club.

Adler said he was excited about some of unknown bands that are scheduled to perform at the festival.

“Bands like Sabrosa Purr are going to be playing over at the outdoor Viper Stage, which is a new stage for us,” Adler said. “Normally the Viper Room hasn’t had a presence inside the closure. This year we have brought them in to host a stage in the outdoor beer garden. It will be a smaller stage than the two main festival stages. Another one of my favorite LA bands is Terraplane Sun who opened the Twilight Concert Series in Santa Monica this year.”

Adler said there would be a larger presence of hip hop performers this year.

“Growing up in the 90s, I was one of those hip hop kids,” he said. “This year we are having Warren G, Masta Ace, Wale, Logic, and Asher Roth. I’ve always associated myself with seeing a lot of hip hop on the strip. It’s not something you automatically think about, but we have had every single hip hop performer come through the strip. If you look at Kendrick Lamar or J Cole, all those guys did all their early shows on the strip. The strip has this unknown history with hip hop, and I think we’re really celebrating that this year with a whole stage for hip hop, plus a lot of hip hop at The Roxy.”

Adler said the festival had partnered with Ethos Gallery on Melrose Avenue which would curate all the festival’s art.

“They go in and help with housing, rebuilding, and clean water when there are disasters,” he said. “They’re putting on an ongoing soccer game throughout the day. That’s something we haven’t done before.”

Another first time initiative for the festival – chalk art.

“We are going to have buckets of chalk that will be all up and down the street and hopefully festival goers fill in the entire sunset strip with chalk art,” Adler said. “Anyone who wants to grab a piece of chalk can sit down on the ground; I think the whole street will turn into its own art installation.”