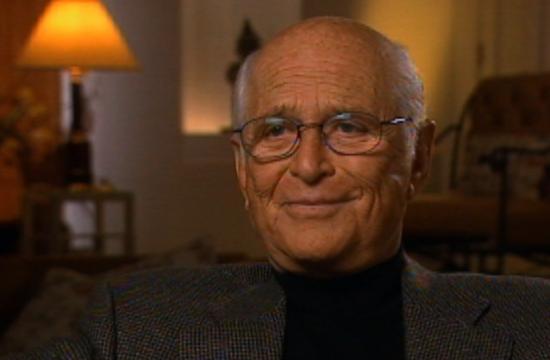 Lear has enjoyed a long career in television and film, and as a political and social activist and philanthropist while Ruscha is indisputably one of the most iconic America artists of the 20th century.

“Chain Reaction” supporters said the pair have joined in the campaign to save the late three-time Pulitzer Prize winning political cartoonist Paul Conrad’s nuclear mushroom cloud peace sculpture and warning monument that has been standing in the Santa Monica Civic Center since 1991.

Leaders of Save Chain Reaction, the group working to gather support and funding for the creative and unique public art sculpture, announced Friday they were proud and honored to have the support of both Lear and Ruscha.

Save Chain Reaction is planning a number of public events and is also inviting the public to sign their online support petition and donate to the timely fundraising effort to restore the landmarked sculpture.

Paul Conrad gifted the sculpture to the City of Santa Monica through a $250,000 philanthropic peace donation by an anonymous benefactor.

Supporters are urged to get involved and visit the Save Chain Reaction website at ConradProjects.com.