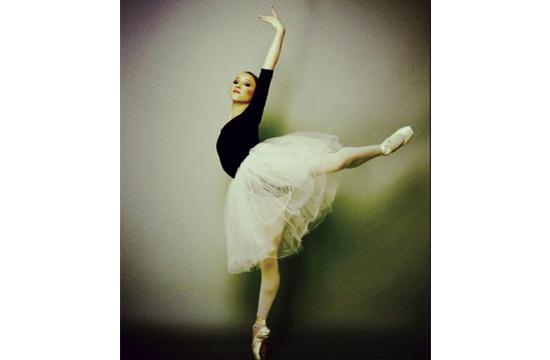 Santa Monica teen Anya Fitzpatrick has been selected to dance in the American Ballet Theatre’s upcoming performances of “Le Corsaire” this weekend in downtown Los Angeles.

Having only been studying ballet for three short years, the 14-year-old has earned the opportunity of a lifetime.

American Ballet Theatre’s production of “Le Corsaire” is part of the tenth anniversary season of Glorya Kaufman Presents Dance at The Music Center, July 11 to 14 at the Dorothy Chandler Pavilion in downtown LA.

“After seeing the Yuri Griogoriev summer intensive I knew I wanted to dance with them,” Fitzpatrick said. “The dancers were so passionate and the teachers seemed so committed.”

Having dabbled in recreational dance when she was younger, Fitzpatrick did not find herself passionate about what she was doing.

After convincing her mother to sign her up for ballet classes at the Yuri Griogoriev School, Anya knew she had finally found her calling.  “The dancers at the school were all outstanding, it was completely inspiring and I knew this is where I needed to be,” she said.

The artistic director and master teacher at the school, Yuri Griogoriev, was born in Moscow and did not start his ballet training until he was 15.

Within five years of being accepted into the Bolshoi Ballet Academy, Griogoriev became a principal dancer, the highest position for a dancer in a ballet company.

Anya said Griogoriev’s expertise and teaching had shaped her into the dancer she has become.

Training every day for two hours does not leave her with much free time.

“After school I go straight to ballet and I usually get home late, so I stay up late doing projects and work for school,” Fitzpatrick said.

The decision is a challenging one for Anya, because in some way her future as a professional dancer rides on this one decision.

Being home schooled would allow Anya more time to train.

“Training here is limited, I want to move to Moscow or St. Petersburg and dance with the Bolshoi,” Fitzpatrick said.

Anya said dancing with the American Ballet Theatre was a huge achievement.

“ABT is my biggest accomplishment, because a name like ABT is a huge thing,” she said.

American Ballet Theatre is a New York City-based company and is one of the world’s finest ballet companies.

Despite being an experienced performer, having previously been in the Joffrey Ballet School’s productions of Cinderella and The Nutcracker, Anya was not sure she had made the cut during her American Ballet Theatre audition.

“I wasn’t sure I was going to be accepted,” she said. “I knew my audition was strong and I had previous experience with performances, but for ABT you have to be a more mature dancer in addition to following more complicated routines.”

“Le Corsaire” tells the story of a pirate’s love for a beautiful harem girl, while also chronically journeys through a tapestry of captive maidens, rich sultans, suspenseful abductions, all culminating in a breathtaking shipwreck.

Fitzpatrick will be performing in the fourth and final act.

Fitzpatrick, adorned with garlands and wearing pointe shoes, will be dancing with other young dancers in a dream scene.

“This was a harder selection than any other I had experienced and I feel honored to be a part of this production,” she said.