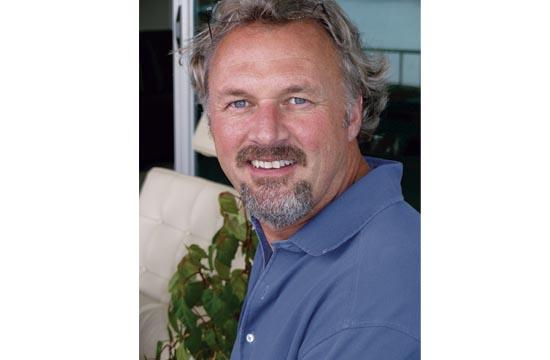 Spencer Croul, an avid surfer and surf memorabilia collector, was able to transform his surf enthusiasm into a publishing company that reflects this passion.

Croul said his company’s mission is to produce select printed materials that reflect his shared passion for the beach, the ocean, surf history, and surf culture.

The publishing company, which caters to a niche audience, has published the following titles: “Tom Blake” by Gary Lynch and Malcolm Gault-Williams, “Dale Velzy is Hawk” by Paul Holmes, and “Peanuts: An Oral Biography” by Craig Lockwood.

Croul’s work on Blake’s story began after befriending the surf enthusiast Gary Lynch, who at the time was assembling a book on Tom Blake without a publisher.

Because of his desire to learn more and get more involved in this rich surf history, Croul decided to take on this project with Lynch.

“The project was about publicizing Tom Blake and his contributions to the sport of surfing,” Croul said.

Blake, who hailed from Wisconsin, came to Santa Monica in 1921. He first began surfing in Santa Monica at the Crystal Pier.

“In 1921, there were probably only half a dozen surfers in existence in the Santa Monica area,” Croul said “People like Chauncey Granstrom, Wally Burton, Sam Reid, and Peter Peterson, were all some of the early pioneers of surfing in Santa Monica.”

Being a champion swimmer, Blake, became an ocean lifeguard in 1924.

During this time Blake befriended Duke Kahanamoku, now known as the father of modern surfing, at the Santa Monica Swim Club.

After befriending one another, Blake moved to Hawaii, where he contributed to the evolution of the surfboard.

Eventually, however, he came back to California and in 1926 Blake and Sam Reid set off together towards Malibu, where Reid and Blake successfully paddled their 10-foot redwood surfboards up to Malibu, making them the very first surfers to surf there.

Croul said that not only was Blake one of the first to surf Malibu, but he also patented and invented the hollow paddleboard and surfboard in 1931 and 1932.

Eventually Blake’s board was commercially manufactured and the boards became rescue equipment for the Santa Monica guards.

“Many surfing pioneers have come out of Santa Monica and went on to conquer,” Croul said.

Croul said that one of the surfing objects he is most proud of is Blake’s winning trophy from the Catalina paddleboard race of 1932.

“The Catalina Island Pottery Company made beautiful tiles and ceramic objects,” Croul said. “They also made a trophy cup which was Tom’s winning trophy, and having recently acquired it, I’m proud of it.”

Croul, a native of Newport Beach where his publishing company is based, discovered his passion for surfing and the ocean as a freshman in high school.

He was not only attracted to waves and the sport itself, but also to the lifestyle and vast history that accompanied it.

Croul began collecting surfboards in 1996 at the first surfboard auction ever held in Newport Beach.

“I was fascinated by surfboards, which I always considered art objects,” Croul said. “I admired the beauty of the surfboards and I was also intrigued by the history and the evolution of the surfboard.”

Soon after, Croul began collecting surfing memorabilia for both its historical and artistic significance.

Collecting surfboards afforded Croul the chance to examine the evolution and development of the surfboard for himself.

His collection also includes surfboards dating back to 1890, in addition to scrapbooks and personal effects of pioneer surfers such as Tom Blake, Ron Drummond, Mary Ann Hawkins, and Tom Zahn.

He said the impetus behind Croul Publications was simple.

“The company started when I discovered that I didn’t know everything there was to know about surfboards,” Croul said. “As I began to read up on the history and on the developers of the early surfboard, I found that there was not much written on these people.”

To learn about Tom Blake and Croul Publications, visit croulpublications.com.