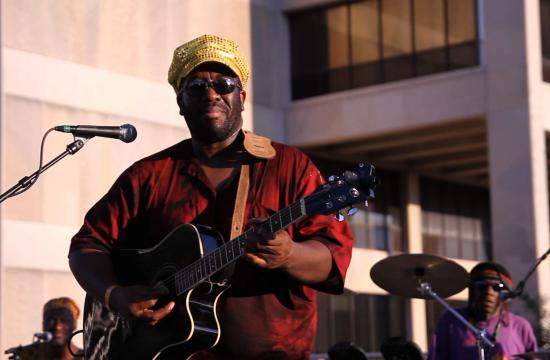 Henry Turner Jr. & Flavor will make their Santa Monica debut at the today’s Farmers’ Market from 10 am to 1 pm.

The Baton Rouge, Louisiana based National Touring Act is currently on their annual summer tour of Texas, Arizona, California, Oregon, and Washington State.

The tour began in June and runs through September.

Henry Turner Jr. & Flavor are well known for creating a “gumbo” of distinctive syncopated and hypnotic music that incorporates reggae, soul, funk and blues, along with tongue in cheek lyrics, upbeat dance tunes and touching ballads.

The Hit City Digital recording artists have released eight CD’s and over fourteen singles. Some of their better known songs include “2 Many Women,” “Ugly Man” and “Love Me or Leave Me.” This year on the Ultimate Louisiana Party Tour II, the band will debut two new singles. The touching soul song “Let Me See the Old Folks, 1 Mo Time” and the reggae soul dance tune “Smile on Her Face.”

The band is Henry Turner, Jr. on vocals and guitar, with veteran R&B drummer and vocalist Ronnie Houston, Irie Hip is on piano and new to the tour this year is bass player Isaac Jones. Background vocalists Jenessa Nelson and Laura Peralta Jones will also perform.