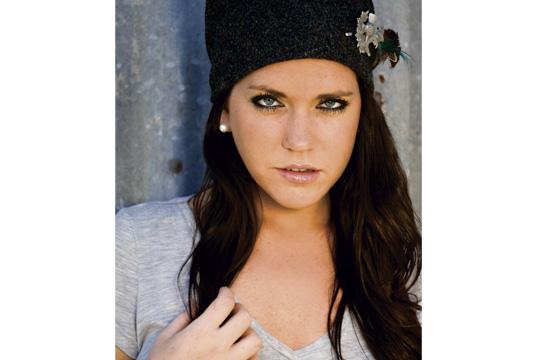 This summer’s fourth Twilight Concert Series evening on the Santa Monica Pier will showcase a couple of celebrated Australian acts.

Opening for Rudd at 7 pm, hailing from Australia’s Gold Coast, comes Nikki Jensen. Jensen’s naïve humbleness and authentic attitude is contagious. We want Jensen to succeed, and by that genuine demeanor she will.

You may remember Jensen from 2012’s “America’s Got Talent,” where she was granted a ticket all the way to the third round. She also caught the ear of fellow Aussie, Kasey Chambers – see last year’s TCS – who invited her to play on stage at The Tamworth Country Music Festival.

“I definitely do feel like Americans embrace outsiders!” says Jensen. “But there is always a sense of astonishment that I would leave Australia for America. I think Americans could travel more. I always get a lot of,  ‘I’ve always wanted to go there (Australia).’ And my response is, well… Go! Life is short, and the world is big and beautiful.”

Though the currently un-signed singer/guitarist was born an Aussie, she now calls America home. After winning the green-card lottery, Jensen moved to Austin, TX to pursue her dreams of a music and television career.

She draws a parallel between Santa Monica’s Twilight Concert Series and Austin’s acclaimed Blues on the Green music festival. And the young talent couldn’t be more excited to perform.

Headlining the night, Xavier Rudd is a musical veteran. After his debut in 2002, Rudd’s sound has developed, and draws similarities to a post-Police Sting, but holds certain organic elements that probably separate the artist from a mainstream break-through.

Smashing through a North American tour as we speak, Rudd is having no trouble selling out venues across the country, and Canada. He will continue past Santa Monica to 12 more North American cities before returning home to Australia. This guy does not sleep.

His newest album “Spirit Bird” dropped in 2012. The album’s song “Follow the Sun” follows youth on a beach in an Aboriginal village – a scene straight off the travel channel, makes any viewer yearn to call this their backyard.

Rudd is a man matured in more than a musical sense. And while his hymns encompass conscious lyrics, he actually lives the story he tells. An advocate for animal rights, Rudd is a voice for the Sea Shepherd Conservation Society – an international organization committed to saving ocean wildlife.

His website commands viewers on all pages to “Join the movement” to become part of a greater good.

It’s important to stay multi-faceted in today’s public eye, and a genuine respect for the environment we all inhabit is refreshing.

So “join the movement” this Thursday, bring the tots down to the pier, and show our Australian friends a warm West coast welcome.