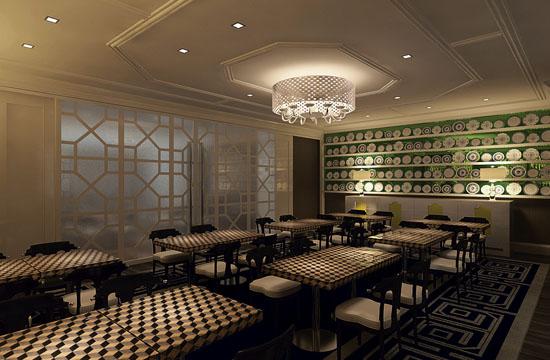 Viceroy Santa Monica has debuted its new restaurant concept called CAST, in the spot formerly occupied by Whist, which has served the hotel since its opening in July 2002.

Executive Chef Tony DiSalvo, who started at Whist in 2009, said the decision was made to update the inside earlier in the year.

“We chose to do it during the beginning of summer as many people like to eat outside so we could still accommodate guests,” DiSalvo said. “The timeline was a 44 day project to change all aspects and aligning with a menu change to promote summer dishes. The outdoor patio remained open throughout the renovation.  The renovation took place in May and June of 2013.”

DiSalvo said the Viceroy Hotel Group was known for its inventive dining concepts and part of staying ahead of curve was to reinvent and evolve.

“We felt the timing was appropriate to enhance and refresh some aspects,” he said.

He said there had been many changes in the menu from Whist to CAST.

“The size portions and eating style with bigger format dishes are the biggest changes and this fell in with the seasonal change so we were able to make this happen while using the best of the market,” he said. “The dishes that really highlight the influences of international flavors and cultures from around LA including Fried Chicken with Spring Vegetable Kimchee, Lamb Kefta Meatballs, and homemade Potato Gnocchi with fresh Asparagus and Morels.”

He said it was his goal to mix taste combinations and traditional techniques that are interpreted through the local ingredients from the Farmers’ Markets.

He said the dishes have a global sensibility that is dictated by seasonal and authentic flavors.

“I’m influenced by not only my Sicilian background, but the seasonality of Southern California and the eclectic flavors found in the different communities here,” he said. “I like to offer my guests a fun and adventurous dining experience and hope they come to CAST with an open-mind and willingness to try new flavors. For me, it’s all about fresh, seasonal, authenticity but with a fresh take.”

The name is reflective of Chef Tony’s inclusive and eclectic menu in that he has ‘cast’ a wide net to embrace diverse and global tastes as well as cast iron tools found in his kitchen.

CAST is open seven days a week for breakfast, lunch, and dinner.