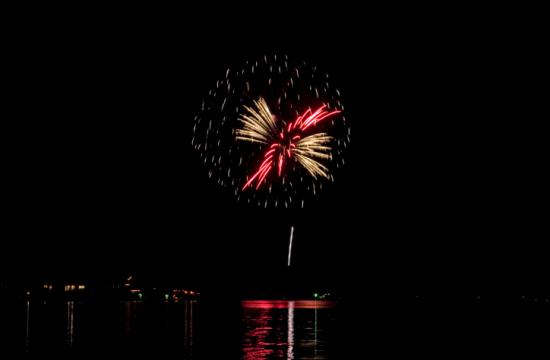 While the City of Santa Monica does not have a fireworks display on the 4th of July this Thursday, there are many professional fireworks displays and events planned in and around the surrounding area.

Below is a partial list of celebrations you may wish to attend on the 4th of July:

Celebrate in the marina with a 20-minute pyrotechnic fireworks display presented by the famed Zambelli Fireworks Internationale. At 9 pm explosives are shot from a barge across the marina’s main channel, mirrored by the harbor below. Spectators may watch the display and listen to synchronized music on KXLU 88.9FM, also playing over loud-speaker throughout Burton Chace Park, 13650 Mindanao Way. Visit: www.visitmarinadelrey.com/events/4th-of-july.

As the sun sets, Pacific Palisades resident and Foo Fighter lead guitarist Chris Shiflett will headline a two-and-a-half hour, family friendly concert at Palisades Charter High’s Stadium by the Sea with his band Chris Shiflett and The Dead Peasants. The town will be dancing, singing and waving the flag as they enjoy a fabulous and diverse sampling of world-class local entertainers, from traditional patriotic tunes to rock and roll. Parade at 2 pm along Sunset Boulevard. Fireworks show at Palisades Charter High School with entertainment starting at 6:30 pm. Fireworks at 9 pm. $5 at the gate. Visit www.palisadesparade.org.

El Segundo’s annual Fourth of July celebration will take place beginning at 10 am in Recreation Park, 401 E. Sheldon Street. There will be food, games, contests, and music. Entertainment starts at 5 pm. The fireworks will begin at 9 pm. To buy wristbands for grandstand seats and resident priority seating, call 310.524.2700. Visit: elsegundo.org.

There is a major show at the Redondo Beach Pier which will be visible from the Pier and Harbor areas and will feature live music and all-day entertainment at Seaside Lagoon. With budget cuts canceling the traditional huge shows at Wilson Park in Torrance, the Redondo show will be one of the largest in Southern California. Seaside Lagoon opens at 2 pm with many activities for kids and families including live bands, arts/crafts, workshops, water activities, dancing, food and beverage and more! Fireworks show will begin at 9pm, choreographed to patriotic music. Other shows that are currently open to the public are going to take place at Cabrillo Beach and Malaga Cove in Palos Verdes (shot from a barge offshore). The shows all begin between 8 pm and 9 pm. Visit redondofireworks.com.

Due to renovations of Culver City High School’s Helms Field there will be no Fourth of July Fireworks Show this year. The Exchange Club is hopeful that this beloved Culver City tradition will be able to continue in the future. The annual Fourth of July Fireworks Show has been one of the Exchange Club’s major fundraisers for nearly 50 years. All proceeds from the show have been returned to the community in the form of grants and scholarships to local organizations and deserving students. Visit: culvercityfireworksshow.com.

For your safety, the Santa Monica Police Department reminds everyone that the use of fireworks often starts brush, home, and forest fires, endangering the lives of many unnecessarily.

SMPD Sgt. Richard Lewis said many people, including young children, are injured or burned each year from using even “Safe and Sane” fireworks.

“The Santa Monica Police Department reminds you that all fireworks are illegal to sell, possess, or use in the City,” Lewis said. “This includes the Safe and Sane fireworks as well. Any fireworks in your possession will be confiscated. Their possession is punishable by fines, imprisonment or both.”